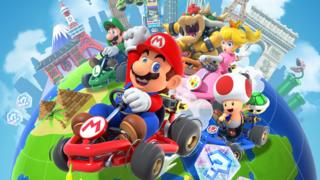 Multiplayer mode is coming to Mario Kart Tour in December!

Currently players are only able to race against bots, instead of real people, leaving some gamers a little bit miffed.

The game launched in September earlier this year, and had a bit of a bumpy start with people having issues trying to play.

It's the first time the game has appeared on mobile phones, and although the app is free to play, it does have in-app purchases.

Can the UK win the Overwatch World Cup?

Nintendo made the announcement that a multiplayer beta test was coming on their Twitter page.

However the beta - or test version - would only be available to people who have the Gold Pass. 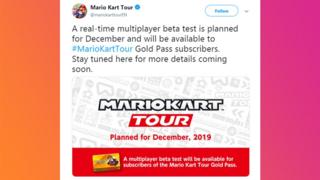 The Gold Pass cost £4.99 per month and Nintendo say it allows players to get more in-game rewards, like karts and access to the 200cc races.

Nintendo have not yet announced when it will be rolled out to all players.