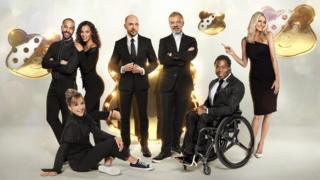 Children in Need is back on Friday 15 November and loads of stars are helping out with this year's appeal show.

The programme is all about raising money for disadvantaged children and young people across the UK.

Since the annual fundraiser started in 1980, it's raised over £1 billion!

Here is everything you need to know about the big night.

What can we expect? 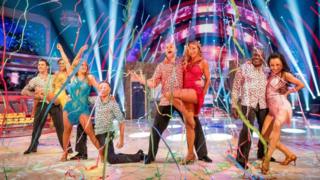 During the live TV show there'll be lots going on, such as a special Strictly Come Dancing competition with four soap stars competing for the Pudsey Glitterball trophy.

EastEnders actors Ricky Champ, Louisa Lytton, Maisie Smith and Rudolph Walker OBE will be taking to the dancefloor alongside the Strictly professionals.

Star Wars fans need to watch out for some of the cast of Star Wars: The Rise of Skywalker!

Daisy Ridley and John Boyega challenge YouTuber Colin Furze to make a real working land-speeder from the first ever movie.

Famous celebrities will be taking part in a one-off red chair game with Graham Norton. The comedian is joined by three young carers who get control of the lever to tip celebrity joke-tellers out of the red chair. 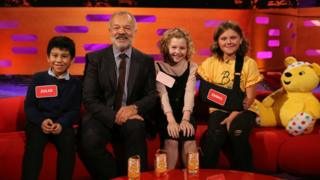 There will be loads of live singing performances on the night with Louis Tomlinson and Westlife among the stars appearing.

Some of the men's England footy team will be making an appearance too. 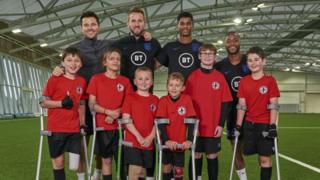 Captain Harry Kane as well as Marcus Rashford and Raheem Sterling, will be seen surprising kids from the England Amputee Football Association - which is one of the organisations that receives funding from the appeal.

We'll also find out how Rylan got on in his 24-hour non-stop karaoke extravaganza!

1 day ago1 day ago
4
Newsround Home