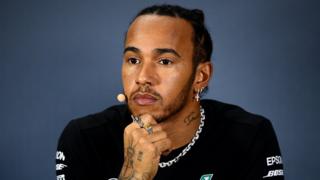 He is famous for zooming around on a race track at hundreds of miles per hour, but now Formula One superstar Lewis Hamilton is giving himself a different kind of challenge - attempting to be carbon neutral by the end of the year.

He spoke to journalists on Thursday about his growing concerns over the environment and said he has changed aspects of his lifestyle to try to help cut his carbon footprint, which has included selling his private plane and introducing a ban on plastics in his daily life.

However, some people have criticised him and feel his position is confusing, because the environmental footprint of Formula One is very high. 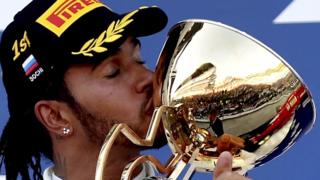 Hamilton, who has been a vegan since 2017, has defended his environmental concerns and has called on everyone to try to make a difference.

He said he intended to make himself carbon-neutral by the end of this year, explaining that he is swapping his fuel-reliant road cars for electric cars.

"I don't allow anyone in my office, but also within my household, to buy any plastics," he said.

"I want everything recycle-able down to deodorant, down to toothbrush, all these kind of things."

"I sold my plane over a year ago. I fly a lot less now. I try to fly less through the year and mostly fly commercial so that's been a big change in my habits." 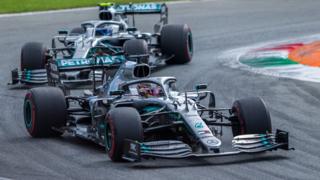 Responding to criticisms about his job as a racing driver who travels all over the world, Hamilton said: "I know it's not the easiest for me because I know we are travelling around the world and racing Formula One cars, (and) our carbon footprint is higher than the average homeowner who lives in the same city.

But that doesn't mean you should be afraid to speak out about things. I'm always looking at things and how I can improve the effect that I'm having on the world."

He was positive that F1, which has embraced hybrid technology as part of the engine, could also do more to make a difference. Hybrid technology is a mixture of electric and non-renewable fuel, which reduces emissions.

"I still love racing and I want to continue. If you look at our sport, it's shifted, using a third less fuel now. There is more I think F1 can do and they are putting plans together but you have to push all the industries, you have to push F1 to do more."