Lebanon protests: What’s happening and why are people demonstrating? 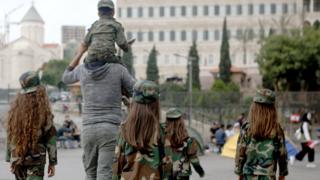 Getty Images
Protesters are calling on the government to step down.

You may have heard of protests going on in Lebanon at the moment, but what do the citizens want and what has Baby Shark and Whatsapp got to do with it?

The country has been through some tough economic times recently.

As well as struggling with some of the highest debt levels in the world, the Lebanese government have also been accused of corruption. Many citizens also say they are lacking basic public services. 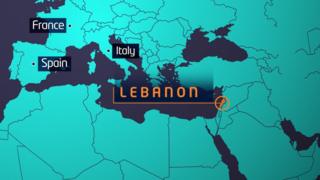 In order to try and boost the economy, the Lebanese Prime Minister and his cabinet proposed bringing in a tax on WhatsApp voice calls and other messaging services on Monday.

The idea was ditched just hours later after many young people took to the streets to protest the tax.

Days later, there are still hundreds of protesters on the streets, as they want the current government to step down.

There have been clashes between the protesters and security services, with reports of dozens of people being injured.

However, many of the protests have not been violent - many have even been described as "carnival-like", with children joining their parents in the streets. 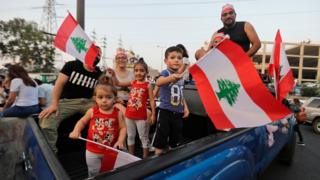 Getty Images
The message is serious, but many of the protests have had a carnival-like atmosphere, with flag-waving, music, chants and drums.
What has Lebanon's Prime Minister said?

Schools, universities, banks and offices have been closed all week. With the protests growing, there has been a nationwide strike called for Monday. A strike involves people refusing to go to work.

The Lebanese Prime Minister Saad Hariri made a series of promises in a speech on Tuesday in order to try and calm the unrest, saying he will support the holding of early elections if protesters call for it. 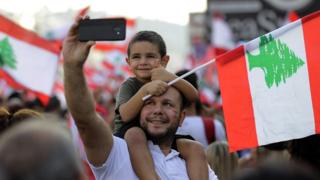 Getty Images
During the day, the protests have been safe for children to join.

In his speech Hariri was careful not to make the situation worse, saying he had heard people's anger.

He promised a new reform package which, among other things, would cut the pay of the politicians and force the private banks to support the government financially, helping them out of debt.

But many demonstrators have said his words are not enough and they will continue to protest in order to bring down his government.

Why were the protesters singing Baby Shark?

A woman driving through Lebanon's capital city Beruit with her toddler found herself caught up in the protests.

The young boy became frightened so the mother asked the demonstrators not to shout as they went past.

To her surprise, they began singing Baby Shark to him instead! 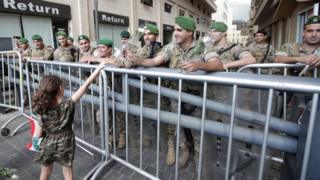 Getty Images
A young girl gives a white flower to the security forces.

Brixton riots 1981: What happened 40 years ago in London?

Brexit: Boris Johnson could push for a general election if EU supports a longer delay