Electric vs fuel: why the government is encouraging more people to switch to electric cars 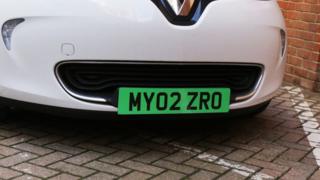 If you go to school in an electric car, you may soon get a special green number plate to prove just how green your family is trying to be, but it'll also mean getting some benefits.

They will include cheaper parking for your mum or dad and drivers will also be able to drive in bus lanes to skip a load of traffic!

It's all part of the government's plans to encourage more people to buy cleaner vehicles to achieve its target of net zero emissions by 2050. 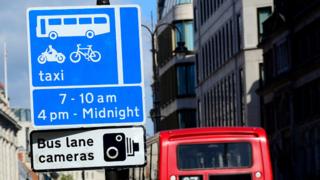 Getty Images
Electric cars might be able to use bus lanes and even get free parking!

Although it may seem like a no-brainer that electric vehicles (EVs) are beneficial to us in a lot of ways, there are some people like the RAC who say it's unsure whether this plan will really encourage drivers to switch their petrol cars to electric.

How do electric cars work?

Electric vehicles (EVs) have a rechargeable battery which stores electricity when charged at a public charging station or home charging unit.

The electricity from the batteries power an electric motor which causes the wheels to turn. 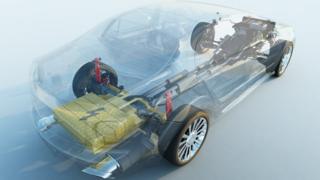 The average battery life of an EV usually lasts around 100 miles, which is quite low in comparison to petrol cars which can vary from an average of 330 miles to 400 miles on a full tank of petrol.

Plug-in electric - This car only runs on electricity and gets all it's power from charging stations.

Plug-in hybrid - This car is mainly electric however they have a fuel engine so it gives the option to use petrol or diesel too.

Hybrid-electric - This car runs mainly on fuel but also has a battery. These cars cannot be plugged into electric charging points, but gets its' energy from petrol or diesel through the action of braking.

Why are electric cars good for the environment?

EVs, unlike fuel cars, produce none or fewer carbon emissions into the atmosphere.

Carbon emissions are harmful because they contribute to the "greenhouse gas" effect which traps heat into the earth and has a big effect on global warming and climate change.

How climate change is damaging our oceans

They also reduce air pollution which means that if more people drove EVs then the air around us would be cleaner and less harmful to our health, animals, plants, and water.

So some people argue EVs do contribute to "greenhouse gases" because of the way they are charged.

There are also issues surrounding battery production and disposal.

Batteries are made up of a range of metals and the process of taking these metals out of the ground produces carbon emissions.

And when we get rid of batteries we need to make sure that it's done safely and correctly . That is so the batteries' chemicals do not leak into the natural environment where they can be harmful to humans and wildlife.

Why aren't more of us buying electric cars?

Despite being cheaper to run (a modern electric car costs around £4 to charge up to 100 miles compared to a petrol car costing up to £14 to travel the same distance) and better for the environment, it is still quite rare to see people driving EVs.

So why is this?

One of the reasons is thought to be because people are afraid that they may not be able to find charging points when they need it as their cars can only travel so far.

However, according to Nissan, there are now more electric vehicle charging stations in the UK than fuel stations and the government is even thinking about introducing car charging points in all new homes with a parking space. 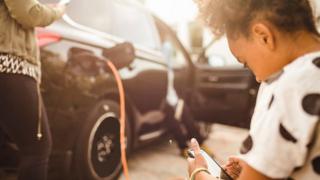 Even though the number of places to charge these environmentally friendly vehicles is increasing, they also take a significantly longer time to charge than just to fill up.

While it currently takes just a minute or 2 to fill a tank of petrol or diesel, it can take up to 30 minutes to charge an EV at a public charging station.

Another reason is that EVs are generally more expensive than petrol or diesel cars to buy and insure. 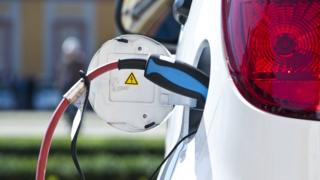 But good news! This could also change in the future as companies like Bloomberg predict that EVs could become cheaper than petrol cars by 2024.

Tell us what you think. Do you think green number plates will encourage more people to drive electric cars?

Electric cars: Racing the cars of the future