The world's longest flight and other record-breaking journeys 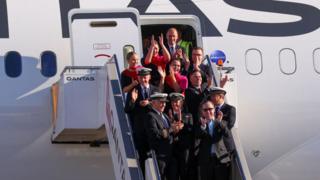 Getty Images
The pilots and crew celebrated after successfully landing in Australia following a 19-hour flight!

The world's longest ever flight has successfully landed in Australia!

50 passengers and crew travelled on a non-stop journey from New York to Sydney.

The trip, which lasted a whopping 19 hours and 16 minutes, saw a Boeing 787-9 plane travel over 10,066-miles to reach its final destination.

The mammoth journey was part of an experiment by Australian airline Quantas to test how longer flights affect pilots, passengers, and crew on board. 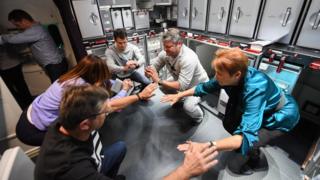 Getty Images
Passengers exercised on the plane during their lengthy flight

A non-stop flight from London to Sydney is planned for next month and Quantas is expected to decide whether to start offering flights on these routes by the end of the year.

If they do go ahead, services could be made available as early as 2022.

This plane journey isn't the only transporting first - check out these other wacky records! 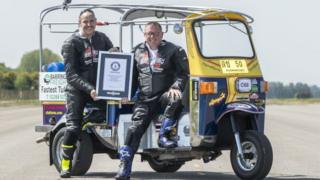 British duo Matt Everard and Russell Shearman managed to set the record for the fastest tuk-tuk back in May at Elvington airfield in North Yorkshire.

The three-wheeled Thai vehicle found its way into the record books after reaching a super swift speed of 119.584 km/h (74.306 mph). 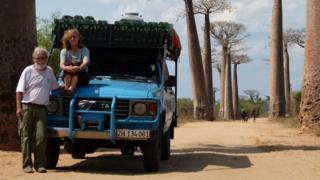 On 4 April 2017, Emil and Liliana Schmid from Switzerland set the world record for the the longest driven journey.

The couple have travelled across 186 countries in the same Toyota Land Cruiser since October 1984 - that's 35 years! As of the date the record was set, Emil and Liliana had covered 460,476 miles, but it's believed that their journey is still ongoing!

Fastest bike ride around the world 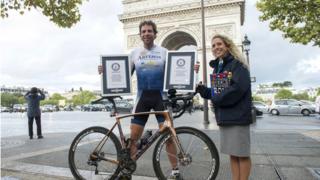 Getty Images
Mark completed his journey around the world in just 78 days!

British cyclist Mark Beaumont set a new record after cycling around the world in just 78 days, 14 hours and 14 minutes in 2017.

He set off from France in July and he arrived back in Paris in September.

Not only did the cyclist shave 44 days off the previous record, but he managed to finish one day ahead of schedule! 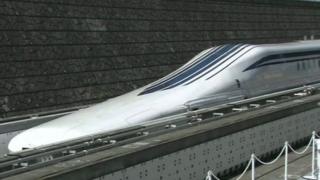 The Maglev train in Japan is the world's fastest bullet train. It broke its own world record back in 2015 after reaching incredible speeds of 603km/h (374mph) in a test run near Mount Fuji.

The train smashed the previous record it set in a previous test run.

Despite the record, it looks like passengers won't be able to actually board the speedy train ride until 2027.