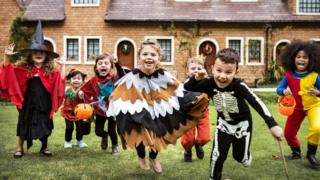 Halloween costumes being sold by some of the UK's biggest retailers contain the same amount of plastic as over 80 million plastic bottles, according to a new study.

Charities Hubbub and The Fairyland Trust looked at over 300 clothing lines sold by 19 different retailers. They concluded that 83% of the material found in costumes on sale contain oil-based plastic like polyester.

"The scariest thing about Halloween is now plastic. More costumes are being bought each year as the number of people participating in Halloween increases," said Chris Rose from the Fairyland Trust.

The report also estimates that UK Halloween celebrations will create over 2000 tonnes of plastic waste from clothing and costumes alone.

Other research by Hubbub has estimated that 33 million people dressed up for Halloween in 2017 but almost half (40%) of costumes were worn only once.

Both charities want families to consider creating their own costumes from existing or second-hand clothing to limit the impact Halloween could have on plastic waste.

"Concerned consumers can take personal action to avoid buying new plastic and still dress up for Halloween by buying from charity shops or reusing costumes to create outfits, or making their own from non-plastic materials," says Chris. 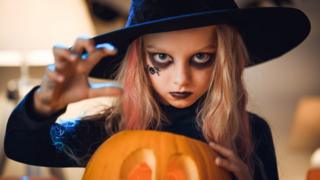 They're also encouraging manufacturers and retailers to reconsider product ranges for seasonal celebrations.

They believe clear and consistent labelling would help customers in choosing more environmentally-friendly options for occasions like Halloween, as many shoppers may not realise that materials like polyester are in fact plastic.

The report also suggests that the overall amount of plastic waste from Halloween could be much higher than this. That's because the charities' research didn't include food or other packaging, or items such as toys and decorations.

Are you dressing up for Halloween? If so, have you thought about how much plastic is in your costume? Let us know in the comments below.

Halloween: Top tips to win at trick or treating

Halloween and other spooky holidays from around the world

Halloween: Three things to do with your leftover sweets