National Adoption Week: Thousands of kids waiting to be adopted 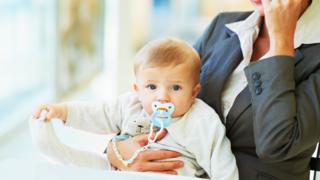 Did you know there is a huge gap in the number of families willing to adopt in England compared with children who need to be adopted?

Statistics from Adoption UK have been released to mark the start of National Adoption Week which takes place from 14 October to 20 October.

The data also shows that older children, those with a disability, those from a black or ethnic minority background and sibling groups are more likely to struggle to find an adoptive family.

Kane: Being adopted hasn't changed anything

Sue Brown who is from Adoption UK says adopted children are among the most vulnerable in society.

Adoption is when parental responsibility for a child moves from someone's birth mum or dad to their adoptive parents.

It's so children, who for some reason or other can't be looked after by their biological parents, can find a new family.

The child gets a new surname and no longer has any legal ties with their birth parents.

Anyone over the age of 21 can adopt. They don't need to be married or be in a relationship.

It also doesn't matter if someone is straight, gay or a lesbian, what's most important is that the child is loved and cared for.

Even if someone has a disability they can still adopt as long as their condition doesn't stop them being able to care for a child.

People can adopt even if they already have their own children and they can also adopt more than one child at a time.

Thousands of kids in England are waiting to be adopted