Brixton riots 1981: What happened 40 years ago in London?

This April marks the 40th anniversary of an important event in black British history - the Brixton riots.

It took place in 1981 at a time when racial tensions meant that many of Britain's inner cities were divided.

This led to big fights called riots taking place, first in London but then quickly spreading to many cities across the UK.

The black Britons who paved the way

What were the Brixton riots? 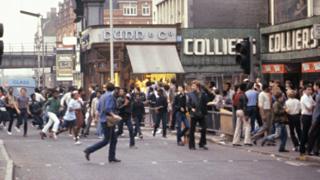 On 10 April 1981, a Friday, rumours of police brutality against a black man resulted in an angry crowd confronting police for a few hours before the protests were contained.

But an arrest the following night saw the streets of Brixton, south London, erupt into violence.

Fighting took place between protestors and the Metropolitan police.

More than 300 people were injured and the damage caused came to an estimated cost of £7.5 million.

This historic event became known as the Brixton riots.

Why did people riot? 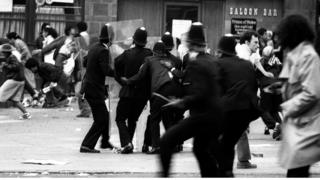 Many people in the black community felt the country was divided.

There was high unemployment, racial tensions and, in many places, the country's black population had poor relationships with the police.

Many young black people believed that police officers treated them badly, unfairly and used the 'stop and search' law as one of the ways to do it.

Under this law, the police could stop anyone to search them if they thought they might be planning to commit a crime.

Many black people involved in the riots felt that they were being targeted for these searches just because of the colour of our skin.

More about racism in the UK 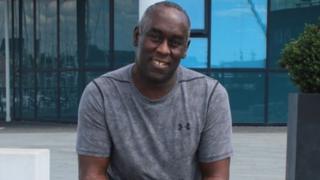 Alex Wheatle was one person who got caught up in the riots.

In 1981, Alex was a teenager in Brixton where he took part in what was happening.

He was arrested and spent six months in prison.

Speaking about being arrested, Alex said: "It was the lowest point of my life, because I spent nearly all my life in a children's home, so to see the prospect of going to prison, it felt like my dreams had been crushed." 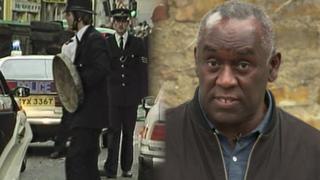 "I had brushes with the police and suffered racist intimidation, so all those bad feelings and experiences I had against the police came out on that weekend.

"I was a young angry man and I didn't think of the consequences of my actions," he added.

Alex used his time in prison to educate himself through reading. He became an author and wrote many award-winning books.

He also goes into schools and teaches children about creative writing, what it was like being in care, and encourages kids to read in order to take every opportunity to do well in life.

What happened after the Brixton riots? 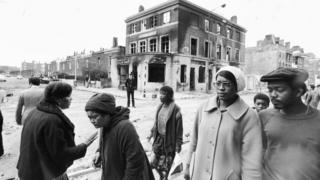 Getty Images
A burnt out pub in Brixton 1981

After the riots, there was a public investigation into why the riots happened, which was carried out by Lord Scarman.

He produced a report in November 1981 which said there was "no doubt racial disadvantage was a fact of current British life".

But that "institutional racism" did not exist in the London's Metropolitan police force.

Institutional racism is when people are treated differently because of the colour of their skin and it becomes normal behaviour within a specific group or organisation - or 'institution'.

Following the killing of a black teenager called Stephen Lawrence - 12 years after the Brixton riots - a public enquiry was ordered by the government.

Find out more about Stephen Lawrence

Reflecting on what happened in the 1981 riots, Alex told Newsround: "For us who experienced it, we saw it as standing up to a racist police force.

"After these events we believe that finally society began to start listening to us and to our concerns.

"For the first time black people like myself became leaders of councils, Politicians and community activists.

"I believe that these riots sent a stern message to government, telling them that they can no longer treat diverse communities so badly."

Black History Month: The men who made history in Britain