Nobel Prize: From physics to peace - who won what in 2019 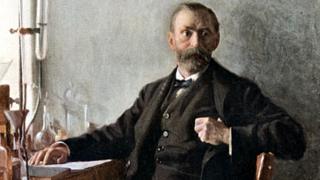 The Nobel Prize is one of the world's most important awards.

It celebrates the work of people or organisations around the world who have achieved amazing things in different areas, to help the world.

The prize was started by Swedish inventor Alfred Nobel, with the first award handed out in 1901.

On his death in 1895, Alfred asked for the majority of his money to be turned into "prizes to those who, during the preceding year, have conferred the greatest benefit to humankind".

Winners of the prestigious award take home around nine million Swedish crowns (about £730,000) as well a diploma and a medal.

The Nobel Prize is split into five different categories:

The Nobel Prize in Physics 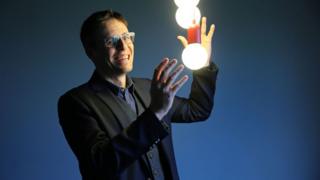 This year's Nobel Prize in Physics was awarded to James Peebles, Michel Mayor, and Didier Queloz.

They won for helping us to gain a "new understanding of the universe's structure and history, and the first discovery of a planet orbiting a solar-type star outside our solar system."

Peebles studied radiation left behind by the Big Bang - a phenomenal cosmic event scientists think created the universe 14 billion years ago. His research helped scientists learn more about how the universe was formed, and the mysteries of dark matter.

In 1995 Michel and Didier discovered the first planet outside our solar system, called an exoplanet. Since then, their research has started a planet-finding revolution and led to the discovery of more than 4,000 exoplanets!

Other famous winners of the award include: Marie and Pierre Curie and Albert Einstein.

The Nobel Prize in Chemistry 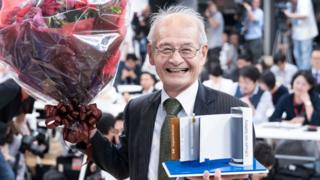 This year's Nobel Prize in Chemistry was won by Stanley Whittingham, John Goodenough and Akira Yoshino.

They won the award for the development of the lithium-ion battery.

This small, rechargeable, powerful battery is now used in everything from mobile phones to laptops and even electric cars.

It can also store large amounts of energy from solar and wind power, meaning a fossil fuel-free future could be possible.

Stanley and John's research meant that in 1985 Akira was able to create the first lithium-ion batteries for use amongst the general population.

The Nobel Prize in Literature 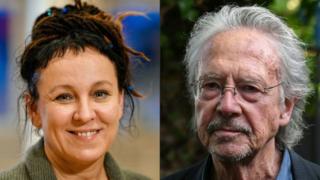 This year's Nobel Prize in Literature was won by Austrian author Peter Handke.

The award for 2018 was also revealed this year to be Polish author Olga Tokarczuk, for her "narrative imagination".

Peter won the award for his influential work which explores "the periphery and the specificity of human experience".

In the past Peter had said award should be stopped, so he was a bit shocked when he won it! 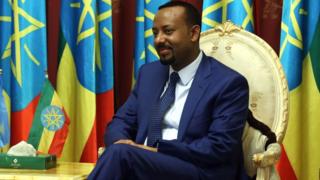 One of the most famous awards is the Nobel Peace Prize, which was won this year by the Ethiopian Prime Minister Abiy Ahmed.

He won the award for promoting peace and ending a 20-year conflict with neighbouring African country, Eritrea.

Some people thought that environmental activist Greta Thunberg might win the award this year.

Previous winners of the Peace Prize include former US president Barack Obama and Malala Yousafzai, who was the youngest ever winner of a Nobel Prize.

The Nobel Prize in Economic Sciences 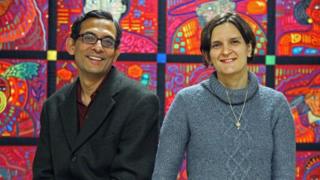 They won the award for their "experimental approach to alleviating global poverty" which has "great potential to further improve the lives of the worst-off people around the world".

For example, as a result of their work, more than five million Indian children have benefitted from tutoring programmes in schools.

The Nobel Economic Sciences prize - officially known as the Sveriges Riksbank Prize - is the only award NOT created by Alfred Nobel.

It was created by the Swedish central bank and first awarded in 1969.

Watch: Why is the Nobel Peace Prize such a big deal?