Youth clubs: How children in London are coping with knife crime

Children have told Newsround how important youth centres are to their lives. But a group of MPs say cuts to youth services across England could be linked to a rise in knife crime.

It's as new figures from the Office for National Statistics show there's been a 7% increase in the number of offences involving knives or sharp objects, which have been recorded by police in the last year. 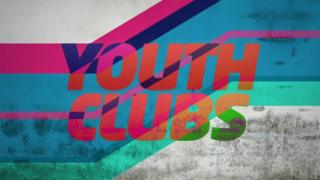 The Children's Commissioner for England, who protects the rights of children, told Newsround that more youth centres are needed: "I would like there to be a real urgency about this."

Anne Longfield added: "In the next year I would like to see more youth centres opening up in local areas, it's something that young children are crying out for."

For the last few months I've been taking a closer look at how important youth centres are to young people and the work being done to make children in London, where knife crime is a big problem, feel safe.

Adam, 16, has been attending a comic book workshop run by Anthony Aina and Steven Okeya - they're two friends who are trying to raise awareness about knife crime.

Adam told me: "Living in a notorious area I think it stops me from doing many things like leaving my house and going out."

Another girl, who didn't want to be named, said: "I feel like you hear so much about knife crime, people begin to think that it's normal but the characters in this comic tell you there's a different way." 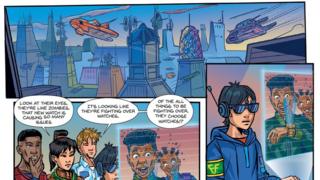 The comic book workshop is one project which gives young people the space to discuss the consequences of knife crime. Knife Boy features the story of Troy, whose life spirals out of control and he falls into a world of gangs.

We use comic books to express difficult times. So instead of using violence they can use their creativity.

I grew up in Tower Hamlets in east London. Many children there live in tall apartment blocks with nowhere to play outside. The council in Tower Hamlets has protected youth services so children have access to drama lessons, DJ sessions and tech clubs.

The services are free for young people and many children in this part of London told me it's somewhere they can be themselves and feel protected. 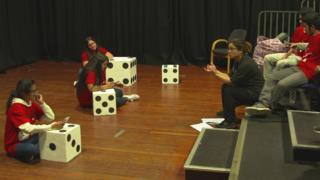 But it's a different story in other parts of the country.

This year a group of MPs looked at the way youth centres across England are funded. They found areas with the largest spending cuts have suffered bigger increases in knife crime.

The 29-year-old plans to open up four youth centres in west London.

He helped secure funding from tech giant Google and the Wellcome Trust to open up a youth club in Acton and has big plans for three more. In his early teens, Jamal attended one of the youth centres he has managed to help keep open.

He told me: "It's really important to have a safe space outside of school and a lot of centres have closed down, so I want to help and set these kids up to have the best possible start." 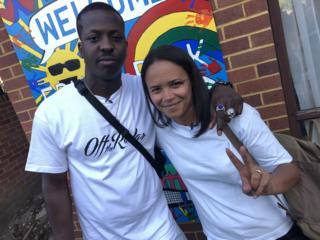 Some experts says it's impossible to link the rise in knife crime with the closure of youth centres.

The government told Newsround they are committed to making sure all young people feel safe: "Youth projects play a vital role in steering young people away from crime which is why we are supporting them."

A spokesperson from the Home Office added: "Through our Serious Violence Strategy we are investing over £220 million in early intervention projects to help young people lead positive lives, free from violence."