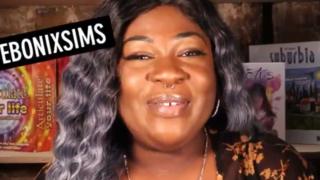 Danielle - known as Ebonix or Ebonixsims online - is on a mission to make games more diverse.

She makes custom designs for other black gamers who don't always see themselves represented.

Whilst she was gaming and choosing how her characters looked, she realised there wasn't anything out there that looked like her.

She said: "I came to the realisation that there's a gap and there's something missing that needed to be filled."

She makes custom video game content - that's content which is created by players and gamers, like her, who want to "add a little more spice into their game"!

Mario Kart for mobile is out!

MineCraft: 3 things that happened at MineCon 2019 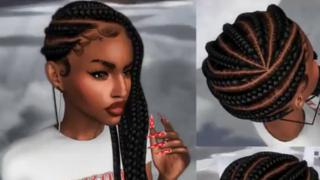 Now Ebonix is making characters for The Sims: "The exposure really highlighted to a lot of people like: wow there's someone that makes content for us!"

She said: "I've received so many messages. One in particular that stood out to me was from a lady, she said that her niece had always hated herself, hated how she looked and her hair and stuff. And asked me if I could make her hair. The response back was 'My niece has absolutely fallen in love with her sim-self'." 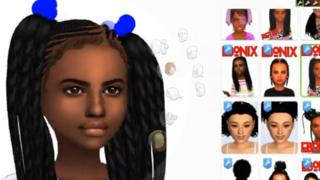 She's received loads of messages of thanks for her work, and said her ultimate goal is to be an adviser for gaming companies, or to create her own games, to bring about more diversity.