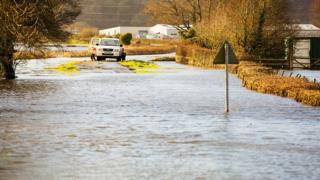 There are weather warnings across the UK at the moment, and many areas are at risk of flooding - but why does it happen and what are the different types?

But what do weather forecasters mean when they talk about flash flooding, or river flooding?

Here's a guide to what flooding is, why some places flood, and the different types of flooding.

Two weeks of rain in less than an hour? 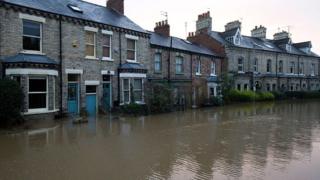 More than half of the world is covered with water, we need it to stay alive.

When there's too much water, or if the water's in the wrong place, it causes a problem that's called flooding.

In the UK, people are sometimes forced out of their homes when lots of rain has fallen in a short space of time and caused a flood.

What are the different types of flooding? 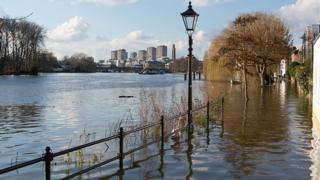 There are many different types of flooding.

These are some of the most common:

Coastal flooding is when land is flooded with sea water. Extreme weather and high tides can cause a rise in sea levels, and the water goes into surrounding areas and causes flooding.

River flooding is one of the most common types, it usually happens when there's been a lot of rainfall. A body of water - like a river - bursts its banks and there is too much water for the river to contain so it spills out.

Groundwater flooding happens when the ground can't absorb any more water - the water rises above the ground and causes a flood. This usually takes a long time to happen.

Flash floods are floods that happens very quickly in low-lying land, and they're usually caused by very heavy rain, or when water can't be absorbed quickly enough.

Why doesn't the ground soak the water up? 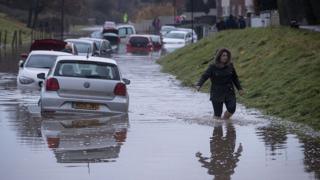 Getty Images
Usually soil and plants soak up extra water, but when there's too much of it a flood happens

We do get a lot of rain and sometimes it's really heavy, but normally the soil and plants act like a giant sponge - they soak up the rainwater and slow it down on its journey into our rivers.

Sometimes the sponge effect doesn't work because the ground is already very wet. When that happens, all the rain tries to get into the river at the same time. If the river isn't big enough to handle the water there will be a flood.

The amount of water soaked into the ground is also affected by the amount of land that is built on.

The more concrete there is in towns and cities, the less water can be absorbed.

Why do the same places flood? 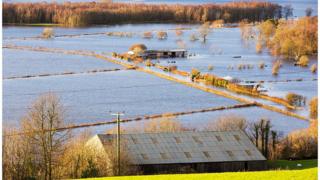 Getty Images
Cumbria in England is prone to heavy flooding

The ground in different bits of the country is made up of different types of soil and rock.

Some combinations are able to soak up more water than others.

If a place that cannot soak up much water is rained on heavily, there is nowhere for the water to go and flooding happens.

The ground can only soak up so much water, to a level called the water table. The water table is higher in certain areas of the country, making those locations much more at risk.

Why does my street flood? 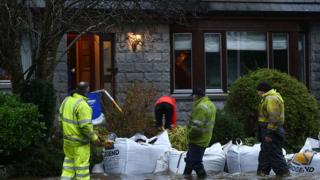 Getty Images
When there's too much water in street, people have to protect their homes to stop the water coming in

Most streets have drains in them, and that's where all the extra water goes.

But when there's a lot of rain, there's too much of it for the drains to soak up, so it stays on the street instead.

Eventually the drains soak up the water - but that can take a long time.

Sometimes extra help is needed to collect the water. In the case of the Whaley Bridge dam collapse, a helicopter has been helped to repair the wall, dropping bags of sand, gravel and crushed stones to stop more water getting in.