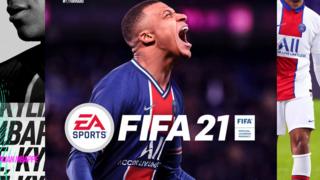 Fifa 21 is out today - but how much has the game changed since it was first released?

Fifa 21 is the 28th version of the game to be released by EA Sports.

Messi and Ronaldo are still the two best players in the game, with a rating of 93 and 92 respectively.

New cover star Kylian Mbappe has a rating of 90 and is the joint seventh best player on the game.

Fifa games have been made for over 25 years, so how far has the series come, let's take a look at Fifa's origin...

Fifa 94 - the Grandaddy of Fifa 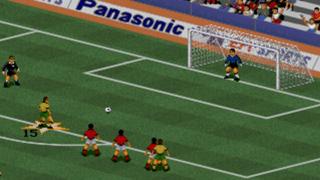 The first ever Fifa game was released on 15 December 1993.

It was pretty ground-breaking, as it used isometric technology, instead of 16-bit style which was popular at the time.

The game only included national teams, and real player names were not used.

It was pretty famous for a bug that allowed you to score goals by standing in front of a goalkeeper, and running away from referees to avoid getting a card.

You could play it on consoles like the SNES and SEGA Megadrive. 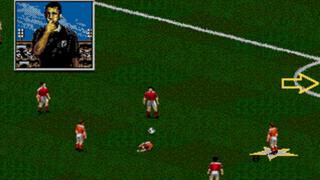 Fifa 96 was also the first to have players with real player names and positions, as well as ranking, transfer and team customisation tools.

It was also the first Fifa game to contain a player/team editor, and was playable on consoles like PlayStation and Sega Saturn. 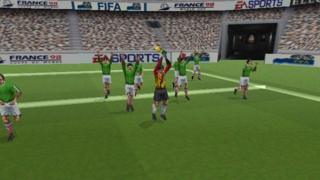 FIFA/EA SPORTS/MOBY GAMES
In the 'Road to World Cup' mode, all 172 Fifa-registered national teams were included in the game!

This special version of Fifa came out on 8 November 1997, and had David Beckham on the cover!

It was the first game to have a licensed soundtrack featuring popular bands of the time, with the title track: Song 2 by Blur.

Players could change the strictness setting on the referee, meaning you could get away with a few cheeky fouls punishment-free!

Fifa 98 was also the first time the offside rule was properly included.

You could play it on consoles like the Nintendo 64 or PlayStation. 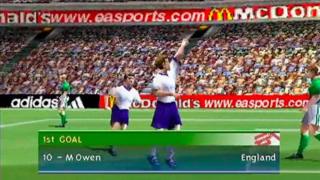 This is because players thought its graphics were too cartoonish, and the gameplay was pretty shallow.

Sol Campbell was the cover star, and the title song on the soundtrack was by Robbie Williams.

This version of the Fifa series had over 40 "classic" teams, so that you could play as retired football legends.

You could play it on Microsoft Windows, PlayStation and the GameBoy Colour. 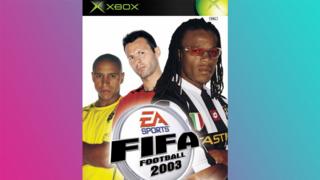 First released on 5 November 2002, the game had revamped graphics, with more realistic-looking players as well as the new Club Championship Mode.

One of the most anticipated features was EA Sport's "Freestyle Control" which allowed the user to flick the ball on and lay it off to teammates.

EA Trax was also introduced, meaning players could listen to soundtracks in an exclusive music player.

This was also the first time you could play Fifa on the XBox and PlayStation 2. 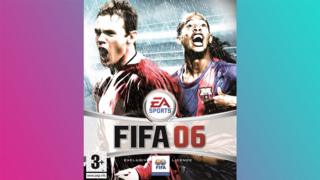 It also introduced the 'team chemistry' feature which shows you how well players will play together.

There was also a 'retro' feature which allowed players to watch some classic football moments, as well as giving players the chance to play the original Fifa 94 game.

Wayne Rooney and Ronaldinho were on the cover, and you could play it on consoles like the Nintendo GameCube and the XBox 360. 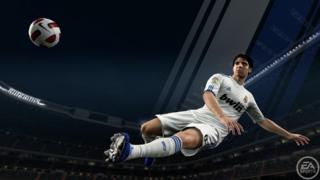 FIFA/EA SPORTS
Fifa 11 was given the title of 'Sports Game of the Year' at the Golden Joystick Awards, after receiving a record-breaking 2.05 million votes

Released in Europe on 1 October 2010, Fifa 11 allowed players to play as a goalkeeper for the first time!

It also featured a better passing system, players who looked more real, and a new mode called Career Mode, where the player can play as a manager.

360 degree dribbling meant gamers had better control over players, and you could play it on consoles like the XBox 360, the Wii and the PlayStation 2. 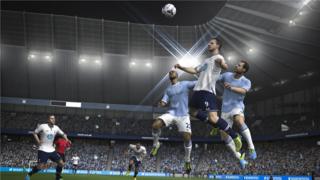 FIFA/EA SPORTS
Fifa 14 had more than 69 stadiums, including 32 real-world venues!

Released on 26 September 2013, Fifa 14 was playable on the newly released PlayStation 4 and XBox One.

It used a new game engine called Ignite, which meant the game had changing weather conditions, and smarter artificial intelligence in the opposing players - to be closer to human behaviour.

A new game mode called The Journey was added to Fifa 17, where you play as Alex Hunter a young professional footballer who has just been signed after a trial at a Premier League club.

The story of Alex Hunter continued over three Fifa games, with players making decisions that would change his career and meeting real-life legends like Thierry Henry along the way.

By Fifa 19, Hunter is playing for European giants Real Madrid and has a chance of Champions League glory. 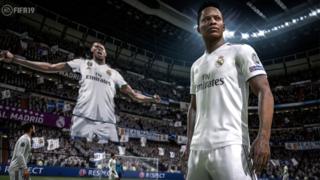 The Fifa 20 game added a new game mode called Fifa Volta - a new version of their Fifa Street series, which allows you to design a character and play in 3v3, 4v4 and 5v5 indoor matches, each with different rules, just like pro futsal games.

Volta is back in Fifa 21 and has added an online co-op option with extra customisation available when designing a player. 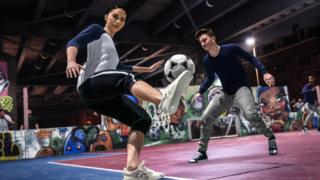 Fifa 20: Tips, tricks and tactics to reach the next level