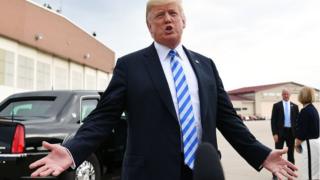 It's only the third time in US history that an American president has been impeached.

Impeachment is a process which lets senior figures be held to account if they are suspected of committing offences while in charge - and it's a really big deal.

This trial could, in theory, lead to President Trump being removed from office.

Find out more in our guide here

The United States Congress - the part of the US government that writes and brings in laws - can put certain senior American officials like the president on trial.

Congress is split into two parts - the House of Representatives and the Senate.

The House of Representatives has already voted for Mr Trump to be impeached and on Tuesday a trial will start in the Senate.

At the end of the trial, Mr Trump could be removed from office - something that's never happened in US history.

However, that is thought to be unlikely. That's because the House of Representatives which impeached Mr Trump is controlled by his rival Democrats - but his own Republican Party controls the Senate. 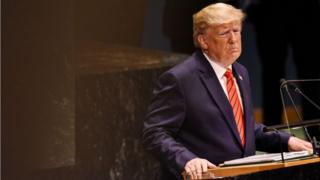 Stephanie Keith/Getty Images
Why is Donald Trump on trial?

Mr Trump's critics say he tried to make Ukraine dig up damaging secret information on a political rival, Democrat Joe Biden, who is hoping to challenge Mr Trump for the presidency next year. They say he did this to "cheat in the next election".

They also say he tried to ruin the investigation into him because none of his staff were allowed to speak at impeachment hearings. 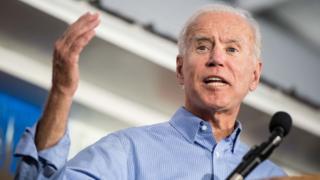 Mr Trump insists he's done nothing wrong and this is "fake news" and a "witch hunt".

He has written a letter to the Speaker of the United States House of Representatives, Nancy Pelosi, who started the impeachment process against the president.

In the letter, Trump said that Pelosi is declaring an "open war on American democracy".

How big a deal is impeachment? 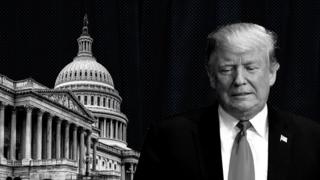 Following the release of the Mueller report, some

Lots of politicians in America have been calling for Mr Trump to face investigation or impeachment on various issues since he became president - and politicians have discussed impeaching him before.

But this time it's more important because he is actually going on trial.

Only three presidents have ever been impeached in US history - Andrew Johnson in 1868, Bill Clinton in 1998 and Donald Trump. But neither of the first two were removed from office.

President Richard Nixon resigned in August 1974 before he could be impeached.

Trump's tweet: What did he say and why's he being criticised?

Your US election dictionary

What would kids do if THEY were US president?