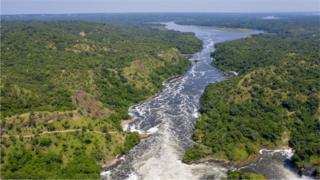 World Rivers Day is a celebration of the world's waterways, with events organised across the globe to encourage people to visit and enjoy their local river.

World Rivers Day also aims to make people aware of the many threats to our rivers - such as pollution, drought, flooding, and overfishing.

Are these the best wildlife photos you've ever seen?

The incredible sights being made by nature

Rivers are vital to the health of our planet and for human life to exist.

So what are the biggest rivers around the world? Let's take a look. 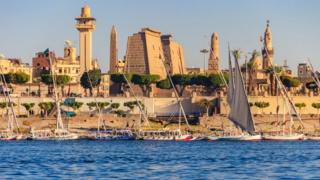 Although it is associated with Egypt, the Nile actually runs through 11 countries, including Uganda, Sudan and South Sudan. The river is home to lots of wildlife, including one of the biggest reptiles on the planet - the Nile crocodile.

Every August, Egyptians have a two-week holiday (called Wafaa an-Nil) to celebrate the flooding of the Nile in ancient times. The floodwaters left behind rich, fertile soil which meant that Egyptians could grow crops for food.

The river was often thought of as mysterious by the ancient Egyptians and Greeks, because it flowed from the south to north and flooded at the warmest time of year. 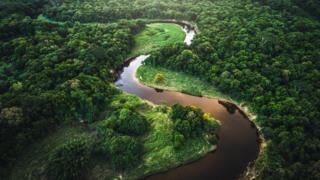 The hundreds of waterways that make up the Amazon cover around 4,250 miles (6,400km). Because these many rivers add up to a similar length as the Nile, some argue that the Amazon is the longest river in the world - scientists like to fight over it!

The river makes its way through the Amazon rainforest, which is the world's largest tropical rainforest. It is over 5.5 million square kilometres in size and is home to around 500 tribes, around 50 of which have never had any contact with the outside world. 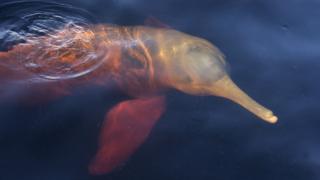 The river itself is home to the rare Amazon River dolphin, which is about 6.5 feet (1.9m) long. The dolphin is pink, but the shade of pink depends on the colour of the water in which it lives - the darker the water, the pinker the dolphin. 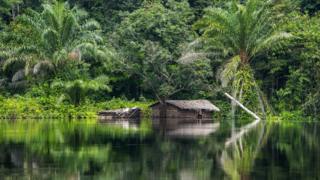 The Congo is the fifth longest river in the world, and the second longest in Africa.

There are 32 large waterfalls along its route including the famous Inga Falls.

The river is home to at least 686 species of fish, 80% of which aren't found anywhere else in the world. Swimming in the Congo is the elephant fish, which communicates by using an electric organ in its tail. 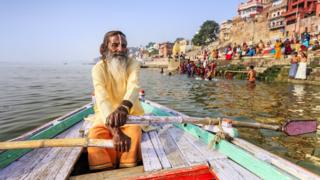 The River Ganges starts in the western Himalayas, flows across northern India into Bangladesh, and ends up at the Bay of Bengal. 80% of the river is in India and the rest is in Nepal, China and Bangladesh. It is over 1,500 miles (2,424km) long.

The Ganges is considered to be the most sacred river in India. The river is often referred to as a female - as 'Mother Gangaa'. Some Hindus believe that the Ganges originally flowed from heaven to purify humans. This is why the river attracts millions of pilgrims, some of whom take some of the water home to their families to purify them. 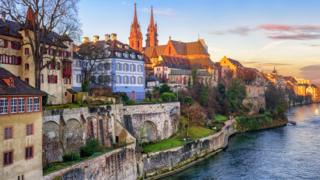 Getty Images
This is the old town of Basel in Switzerland - the Rhine doesn't just flow through Germany!

The Rhine is over 750 miles (1,207km) long and flows through six countries: Austria, France, Germany, Liechtenstein, the Netherlands, and Switzerland.

It is one of Europe's most most beautiful waterways - in fact, one stretch of it, Lorelei Rock in Germany, is a Unesco world heritage site.

But, it hasn't always been so lovely. From the 1950s to the 1970s, the Rhine was seriously polluted by chemicals and waste from industry as well as sewage and domestic waste. Fish disappeared and swimming in the river was too dangerous. Strict rules and fines for companies that pollute the water mean that the Rhine is far cleaner these days. 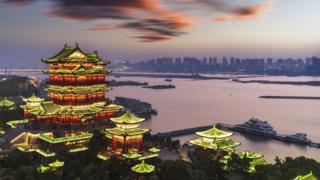 At 3,900 miles long it is the longest river in Asia and is over half the length of China. The Yangtze starts in the mountains of the Qinghai province and flows all the way to the sea north of Shanghai.

It is a very important river. Farming and other businesses that use the river provide 40% of China's wealth and it provides about half of all of the fish eaten in China. Some of the other animals which live on the Yangtze include the snow leopard, giant panda, and Yangtze finless porpoise. 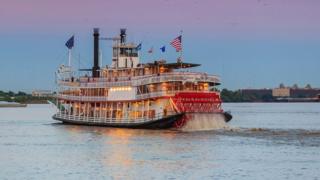 The Mississippi is North America's second longest river. It flows 2,350 miles (3781km) from its source at Lake Itasca through to the Gulf of Mexico. The widest part of the river is Lake Winnibigoshish, where it spans more than 11 miles - that's the size of 150 football pitches.

Early European explorers from Europe used the Mississippi River to travel and explore - to eventually discover what was to become the USA as we know it today.

A quarter of all of North America's fish species live in the river. And more than half of all North American birds use the river as their migration route - that's 326 species travelling up and down the river every year - amazing! 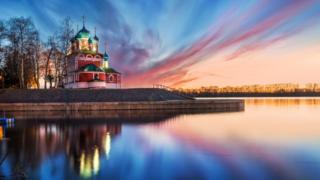 Getty Images
With its beginnings in the Valgai hills northwest of Moscow, the Volta flows all the way down to the Caspian Sea

Known by the locals as 'Mother Volga', Russia's major river is 2,193 miles (3529km) long. This makes it Europe's longest river, even though it is only found in one country.

The Volga is especially important for fish. A quarter of the world's sturgeon lives in the Volga - this is the species of fish which produces caviar. The wetlands which surround the river are also stopping points and breeding grounds for migrating water birds. 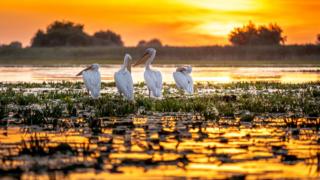 On its 1,771 mile (2850km) journey, the Danube crosses 10 countries, starting in Germany and ending in the Black Sea.

This area around it, or its basin, makes up 10% of the European continent and is home to 83 million people, 20 million of whom also depend on it for their drinking water - it is a pretty important river!

The Danube delta is a wildlife enthusiast and bird watcher's paradise! 300 species live there, including cormorants, white tailed eagles and glossy ibises. There are also wildcats, foxes, wolves, even an occasional boar or deer living along the river. 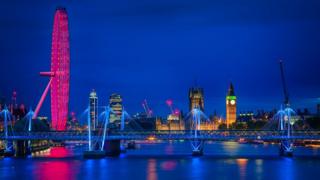 Finally, a river a little closer to home - the Thames. Throughout its history, the 215-mile (346km) river has been an important trade route - bringing goods from around the world to the UK and exporting goods to the rest of the globe. It's home to 45 locks that allow boats to move along the Thames as water levels rise and fall.

Some people believe that the Romans may have been influenced by the river Thames when deciding where to build London.

Before the 19th century, cold winter weather would freeze the surface of the Thames. 'Frost Fairs' would then be held on the ice, where Londoners would enjoy dancing, drinking, and even skating on ice! The last one was held in 1814, and it is unlikely that there will ever be another, because the water now flows too quickly for it to freeze over.