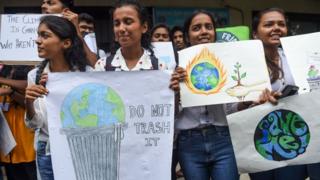 Millions of children around the world have been taking part in a global climate change protest today - it's thought to be the biggest ever!

Protestors from over 150 different countries have taken part in demonstrations aiming to put pressure on governments and decision-makers to do more about climate issues.

The strikes are taking place ahead of the United Nations Climate Change Summit which begins on the 23 September.

Those taking part want world leaders to take more urgent action to protect the planet now and in the future.

Lots of children all over the world think that adults, politicians and big companies aren't doing enough to tackle climate change, and they want their voices to be heard.

To leave a message, you can go straight to our comments below.

And if you, or your class, want to send us some questions to put to a climate change expert, you or your teacher can send them to us here. 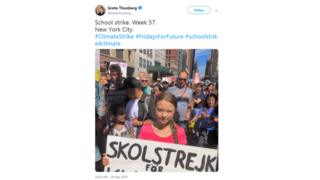 Strikes were held across the United States including in Boston, Philadelphia and Washington.

We went to meet some school children in Brighton as they got ready to be part of a march near where they live.

They told us they want to tell adults and leaders that they aren't doing enough and that, even though they are young, they have voices and want to make them heard.

This isn't the first time young people have become involved in marches like this - take a look at some of the demonstrations that happened earlier this year. 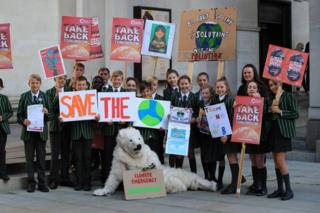 These school children have come from Cheshire to join a protest in Manchester city centre.

We reckon it's really hot inside that polar bear costume! 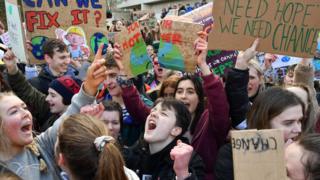 These young people are protesting in Edinburgh in Scotland.

Up to 10,000 people were expected to join the call for action there and lots more in other cities around Scotland. 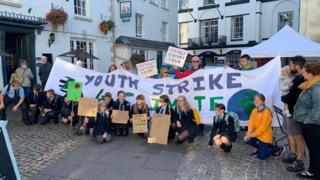 These children went out of school with their parents and grandparents in Monmouth.

These protests in Wales started in the Gwynedd seaside town of Tywyn before spreading,

"We want to show the government and assembly that we aren't going to stand for inaction on climate change any more," said one of the students, Beth. 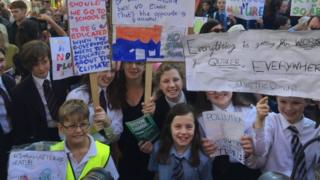 These school students gathered in the centre of Belfast to make their voices heard. 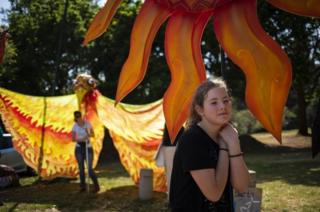 This girl is one of the thousands of environmental activists campaigning in Johannesburg, South Africa.

She has a banner in the shape of a phoenix, the legendary bird that rises from the ashes. 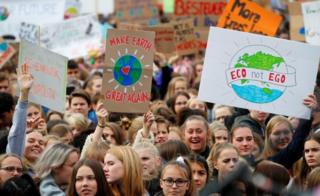 People in Berlin protested outside the city's Federal Ministry of Finance. Lots of young people in Germany have been taking part in the Friday for Future strikes over the last few months and over 400 events were planned in cities across the country. 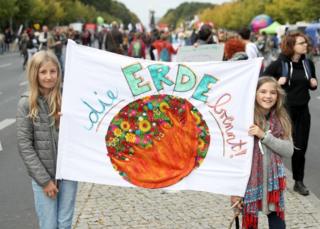 EPA
These girls in Berlin are holding a banner which says "the Earth is burning".
Philippines 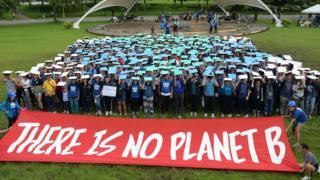 Lots of students and protestors took part in this powerful demonstration outside the University of the Philippines in Manila.

Climate change is a big issue in the Philippines. The country is at risk of rising sea levels, more frequent extreme weather events, rising temperatures and increased rainfall. 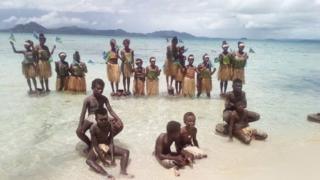 Students in Marovo Island, which is in the Solomon Islands, took part in their very own climate protest.

One of the biggest problems people who live in the Solomon Islands face is rising sea levels. Sea levels are said to be increasing at a rate of about 8 mm per year. 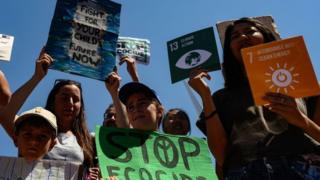 There have been lots of protests in Hong Kong recently, with citizens speaking out against plans to introduce an extradition bill which has since been scrapped. 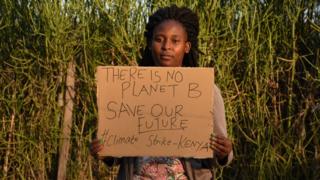 People are Kenya also got involved in the day's demonstrations. This young protestor, who has been inspired by Greta, expressed her support on Twitter and will be missing classes to "join the rest of the world in saving the planet".

Kenya has been affected by climate change in various ways. The country has experienced increased temperatures, drought and unpredictable rainfall. 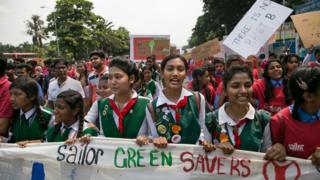 In Bangladesh, school children created signs and banners and joined protestors to speak out on climate issues.

The country is extremely vulnerable to the effects of climate change and has experienced rising sea levels and coastal erosion. 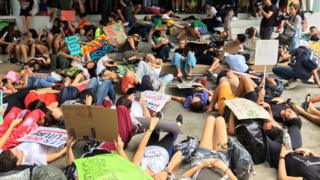 In Thailand's capital of Bangkok, young people were also involved in protests.

Demonstrators had a 'lie-in' by lying down on the ground in front of the government environment minister's office.

Protestors also delivered a letter urging the government to declare a climate emergency. 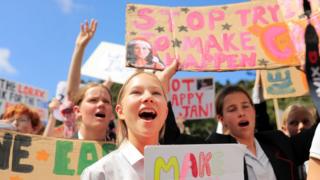 Strikes were held in Australia, with thousands of school children leaving their classrooms to take part in demonstrations.

Organisers of the School Strike For Climate say more than 300,000 people joined in the demonstrations in Australia. 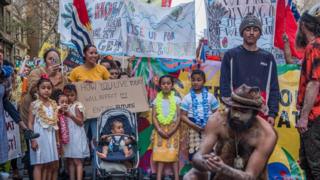 The largest of the gatherings was the Australian city of Melbourne, where more than 100,000 people came together to protest. Huge crowds of demonstrators also gathered in Sydney, Brisbane, Hobart, Canberra, Perth, and Adelaide and there were also lots of marches and events in smaller towns, cities and communities.

The movement even travelled as far as Antarctica!

Dr. Kim Bernard shared the photo below on Twitter, saying: "Climate change is not a possibility for the distant future, it is the REALITY OF TODAY!!! It's time to rise before it's too late. We support you, climate strikers. With love and hope from Antarctica. #ClimateStrike #FridaysForFuture" 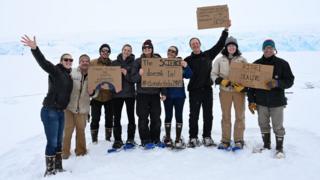 Twitter/Dr Kim Bernard
Greta Thunberg retweeted the photo, saying: "When we say we strike on all continents - we mean ALL continents. This is Antarctica. #FridaysForFuture #ClimateStrike"
What are the protests all about? 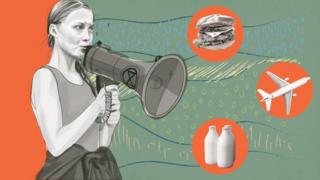 Young people have driven many of the climate strikes that have taken place so far, with prominent activists like 16-year-old Greta Thunberg inspiring many others to take part.

Greta, who is leading today's global day of action, is one of the faces of Fridays for Future, an international movement of students who miss classes to take part in demonstrations demanding action against climate change. Many young people missed lessons to take part in strikes.

However, people of all ages joined the demonstrations.

Employees of some of the world's biggest companies including Amazon and Microsoft also took part.

Climate change: What's it got to do with farming?