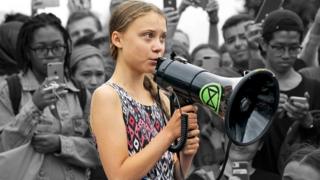 Teenage climate activist Greta Thunberg has had some strong words for politicians in the United States.

On Tuesday, the 16-year-old attended the Senate climate task force alongside other young activists from around the world.

They were invited to speak to the senators about the climate.

Greta - who has inspired millions around the world to strike to bring attention to climate change - encouraged them not to give her or other activists "praise" and to instead focus on sorting out the climate change problem.

But Senator Ed Markey praised Greta anyway saying, "You put a spotlight on this issue in a way that it has never been before." 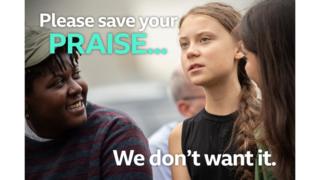 Getty
"Please save your praise, we don't want it."

At the Senate, Greta started her speech by saying she doesn't believe her campaigning for climate change deserves praise from politicians.

Instead, she wants their focus to be on creating real change.

She says awards and compliments for activism are not what she or other campaigners like her want. 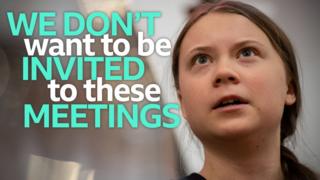 Getty Images
"We don't want to be invited to these kinds of meetings because, honestly, they don't lead to anything."

Greta is saying she no longer has faith in the meetings she is invited to.

She is suggesting that many politicians might be inviting her to meetings to demonstrate that they are interested in doing something about climate change.

But, she believes that very little comes from them. 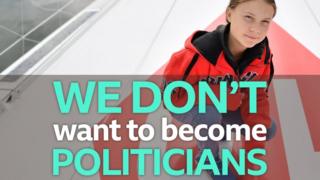 In response to comments from the Senate that the young activists could all one day become politicians, Greta responded that many of the ambitions of herself and other climate campaigners is not to become politicians.

Greta says she finds herself getting involved in politics because she feels she has no other choice. 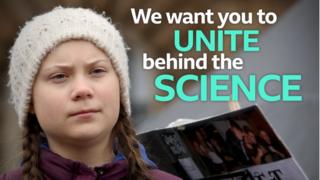 Getty Images
"We want you to unite behind the science."

Here she is referring to the evidence for climate change and the research that is going into creating a greener world.

US President Donald Trump has said he does not believe that climate change is real. 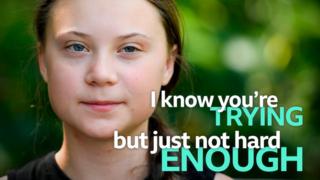 Getty
"I know you're trying, but just not hard enough."

Greta wants politicians to do more - she wants them to stand up for people and fight harder to protect the planet.

When the activists asked the US politicians what their timeline was for bringing in new laws to tackle climate change, there was no clear answer.

Instead of giving a full speech at the Senate, Greta instead handed over a very important scientific report on global warming.

The 2018 report from the Intergovernmental Panel on Climate Change (IPCC) had many recommendations for governments around the world to help reduce the impact of climate change.

They suggested that these could help halt climate change and limit global temperatures rising by 1.5°C. 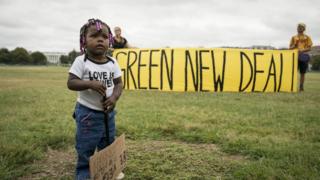 Attached to the report was a short letter to the Senate, which read:

"My name is Greta Thunberg. I have not come to offer prepared remarks at this hearing.

"I am instead attaching my testimony... I am submitting this report as my testimony because I don't want you to listen to me.

What do you think of Greta's message to the politicians?