Pacific Ocean blob: What is it and why is it bad news? 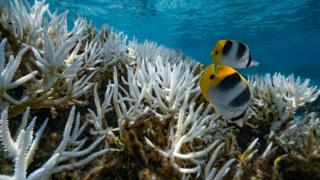 Experts are warning that a large patch of warm water, unusually nicknamed 'the blob', which formed in the Pacific Ocean in 2013 for three years, could well be back.

The Pacific blob is a marine heatwave which formed in the Pacific Ocean where it raised sea temperatures in some places by more than three degrees celsius and affected marine eco-systems.

The huge patch of unusually warm ocean water appeared off the coast of North America, stretching from Mexico's Baja California Peninsula all the way up to Alaska.

Now we may be used to heatwaves on land, but did you know they can cause just as much damage at sea? 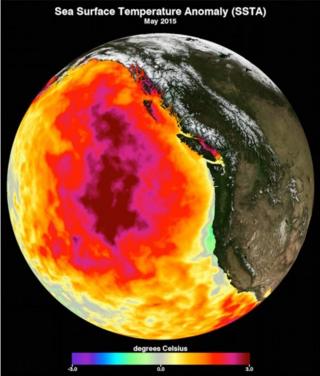 The blob triggered a rise in temperature of the ocean. Water temperatures reached 2.5°C above normal in many places.

This led to a growth of toxic algae and killed lots of wildlife including salmon, seals and millions of Pacific cod.

Experts also noted that whales failed to arrive in their usual summer waters and the bodies of tens of thousands of sea birds were washed up on sea shores.

The rising temperature killed off kelp forests and seagrass which can provide habitat for sea creatures as well as food. 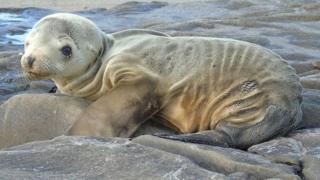 Scientists say that the blob isn't only due to climate change, as it is caused by lots of different weather events, including things like wind strengths.

But researchers had never before tracked such an extreme heatwave that spread across such distances and penetrated to such depths.

Now the National Oceanic and Atmospheric Administration Fisheries (NOAA Fisheries) say it has has detected a new and growing heat wave that looks suspiciously like another warm blob.

This one isn't yet as big as the previous wave, which occurred in 2014-2015, but is already the second largest on record and covers a horse-shoe shaped area about the size of Alaska.

"The ocean is critical to giving us a moderate climate on Earth."