Gaming fans have been waiting for months in anticipation of Super Nintendo World which is opening at Universal Studios in Japan.

The experience being unveiled in Osaka in spring promises to bring in everyone's favourite characters to life.

The theme park is set to open in time for the 2020 Tokyo Olympics.

Now a trailer full of computer graphics as to what's expected in the theme park has been released.

While the trailer does not show exactly what the theme park is going to be like, there are some clues of what to expect.

Here's what we can expect from the makers of Mario, Pokemon and Zelda.

How did Nintendo start?

Switch, Overwatch and all the latest Nintendo news

Anyone entering the gates of Super Nintendo World can buy a wristband which can be used with a smartphone app. These 'Power Up Band' are supposed to make people feel part of the game. 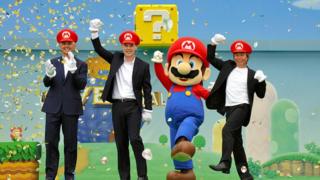 The strap will create "a fully interactive experience" according to Nintendo. Visitors will be able to play games throughout the park with the strap sending ride and game scores back to your console at home.

Progress will also be saved for visitors returning for another visit. 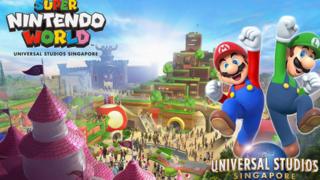 So far there have only been two rides announced.

The area for the rides will be built on three levels. 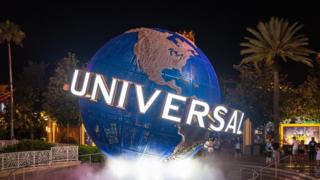 Universal Parks & Resorts CEO, Tom Williams says this won't be the only place for Nintendo World.

Orlando and Hollywood in the US have already been announced as locations.

Although there is no exact date for further parks, Williams said "we're bringing it. You can count on it".

How do you build the world's longest water slide?