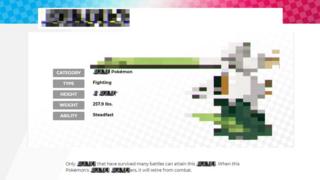 A mysterious glitch has appeared on the Pokemon Sword and Shield website.

When people try to click on the glitch it darts around the screen before taking players to the new pokemon list.

The above picture is shown, revealing that the glitchy pokemon is a 'Fighting' type with the 'Steadfast' ability.

What's the latest on Switch, Overwatch and Nintendo new releases?

Everything you need to know about Pokemon Masters, Sleep and Home

Reckon you know your Nintendo? 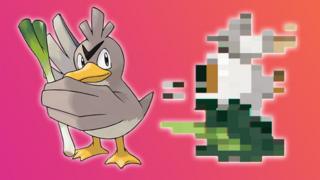 Fans have tried to guess what it could be, and many think it could be a Galarian form of the bird pokemon Farfetch'd.

Nintendo previously announced that Weezing and Zigzagoon (and it's evoloutions) would get Galarian forms - where their appearance would look different to normal based on being from the Galar region.