Are Messi and Ronaldo going to enjoy a meal together? 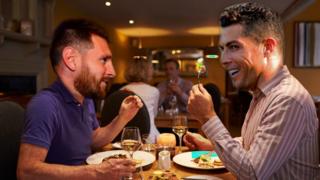 Hmm, what might Lionel Messi and Cristiano Ronaldo eat if they had dinner together?

A Portuguese speciality like pastéis de nata or an Argentinean empanada would be nice.

But why are we asking?

Well, it seems the two superstar players have been getting pretty pally recently and could soon be going out for dinner!

More on Ronaldo and Messi

It's official, Messi is better than Ronaldo (on Fifa 20!) 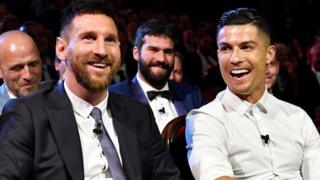 After being fierce rivals for so many years at Barcelona FC and Real Madrid, and now Juventus, the pair had a great time together at the UEFA Player of the Year awards, despite neither of them winning.

At the ceremony the two sat next to each other and shared jokes and laughs - and afterwards Cristiano was full of praise for his fellow footie legend.

What did Ronaldo say?

"We have shared the stage 15 years. I don't know if that's happened before - the same two guys on the same stage all the time," Ronaldo said.

"Of course, we have a good relationship. We haven't had dinner together yet, but I hope in the future. 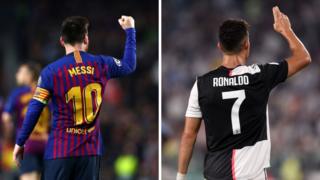 "We had that battle in Spain. I pushed him and he pushed me as well. So it's good to be part of the history of football."

Lionel Messi and Cristiano Ronaldo are both five-time winners of the Ballon d'Or Award for the world's best player, and will be rivals for that award again later this year.

What did Messi say?

Now Messi has responded - speaking to the South African sports channel Supersport TV he said he would accept an invite. 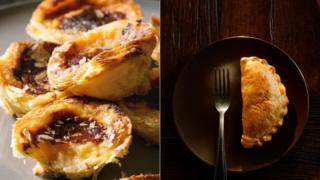 Getty Images
Might a Portuguese pastéis de nata (left) or an Argentinian empanada (right) be on the menu?

"Yes, I don't have any problem with that... We might not be friends because we've never shared a dressing room together but I always see him at award shows and there's no problem.

"I don't know if there will be a dinner because I don't know if our paths will cross for obvious reasons, each one of us has our own life and our own commitments. But obviously I would accept the invitation."

Well, time to get the phone calendars out, guys - and, erm, if it's ok - could Newsround come along too?