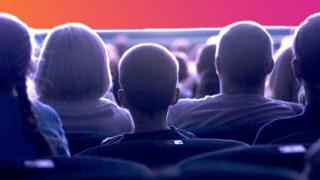 UK cinemas are not doing enough for deaf children, says a leading charity.

The Lion King was found to be the most inclusive film for deaf children this summer, but only 48% of cinemas put on a single subtitled showing - which is fewer than half of the UK's cinemas.

Toy Story 4came in second place with 44% and the latest instalment of the Spiderman franchise came third with just under two in five cinemas putting on subtitled showings.

However, fewer than 5% of cinemas showed subtitled versions of Ugly Dollsand fewer than one in ten put on accessible showings of The Queen's Corgi.

Why has Fireman Sam been fired?

The Strictly couples are coming up with their team names

Is this the most epic pop collaboration ever?

There are some who think that even subtitles don't go far enough to help children who are deaf or hard of hearing to be able to enjoy films.

Many say that subtitles might be hard to read for young children and that there should be more films shown in sign language.

The NDCS said the results were "disgraceful", "deeply depressing" and highlighted how "so many needless barriers still exist for the UK's 50,000 deaf children".

Being deaf in a hearing world: Jovita, 14, tells us what it's like