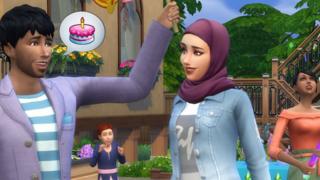 Happy Anniversary to the Sims 4! It's been nineteen years since the series first began!

To celebrate the milestone the developer Maxis has introduced new content inspired by Muslim culture.

It includes things like a hijab, which is separate to female Sims' outfits, and you can mix and match outfits in the game.

Male Sims aren't left out, there'll be a traditional high-collared white shirt and a knitted kufi, (which is a special cap) as well as patterned dresses and tops.

Guess what Nintendo games are coming? 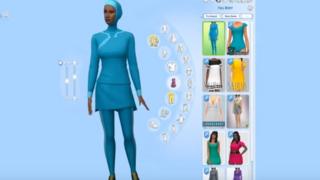 Not only that, but the new content will also feature Islamic architecture, such as pointed archways, and patterned windows.

Graham Nardone who works for video game company EA says it's a way of giving players a chance to express themselves and have some things that are relatable. "I think that's really cool". We do too, Graham!

Is it 'Game Over' for Game?

'I designed the hijab emoji'

Fortnite World Cup: Qualifiers, finals and top players - What you need to know