Denmark buys last circus elephants so they can retire 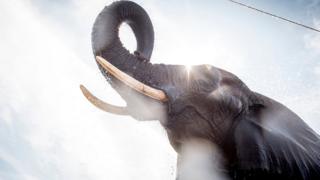 The government in Denmark has bought four elephants from Danish circuses in order to give them a proper retirement.

The elephants, who are called Ramboline, Lara, Djunga and Jenny, are the last four circus elephants in the country.

The government is paying 11 million Danish krone - about £1.3 million - for the animals.

The Danish government is planning to introduce a total ban on wild animals in circuses later this year.

They also said they are not yet sure where the elephants will live but anyone who have a suitable space should make themselves known. 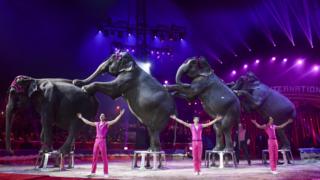 Getty Images
Elephants like these at the Monte Carlo International Circus Festival have been used as performers for hundreds of years, but it is becoming much less common as many more countries opt to ban the use of wild animals in circuses.

It was decided at a big wildlife conference in August that baby African elephants will no longer be taken from the wild in order to be sold to zoos and circuses.

Earlier this year, a circus in Germany became the first in the world to use holograms instead of real animals in its acts.