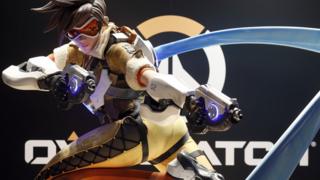 Nintendo made some big announcements about Nintendo Switch and some of its most popular games on Wednesday.

It's exciting news for Switch gamers or anyone who is a fan of Overwatch, Pokemon or any of the Mario series.

The Switch is getting more games, plans for new releases were revealed and big games are getting new players and levels.

Read on for all the latest news from Nintendo Direct.

Guess what Nintendo games are coming?

Overwatch is going to Nintendo Switch 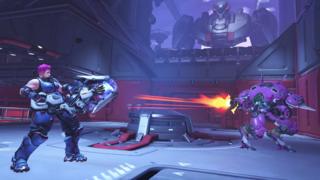 Nintendo
Crossplay, where players on different types of console can play together online, won't be available straight from launch.

The big news is one of the world's most popular games, Overwatch, is finally headed to the Switch.

The team-based shooter game, where players work together to seize and defend key positions on a map (as well as loads of other cool stuff), will be available on Switch after months of rumours.

Though it's a big deal it's not a huge surprise as the game is already available on every other major game console.

Overwatch will be released on Switch on 15 October. 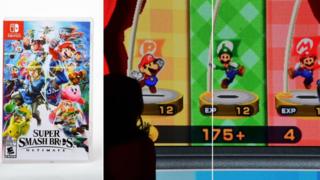 As well as Joker and Hero, Banjo and Kazooie will be joining Super Smash Bros Ultimate.

The bear-bird duo will now be an option to pick for players to select.

Terry Bogard from Fatal Fury will be the fourth of five fighters being added to the game.

But that's not all. Nintendo says it's working on a load of new characters it will introduce to the game in the coming months. 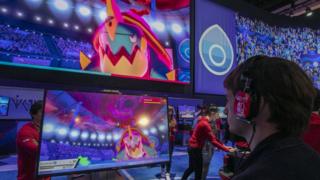 Details about the games were revealed, including new Pokémon and a cooking game.

Players will be able to customise their trainers with new stuff like gloves, hairstyles and makeup - not just the usual tops and bottoms.

You will be able to set up camps as you explore Galar, where the game is based.

This means you can practice for battle and bond with your Pokemon. You can also visit other players' camps and take your Pokémon along.

A curry-cooking minigame is also part of the fun. Players will be able to cook up over 100 different types of curry for players to concoct using a different of berries and ingredients.

Two new Pokémon have also been announced - the first being Polteageist a ghosty teapot Pokémon and the second is Cramorant, its special move allows it to puke up a fish onto a rival Pokémon.

This game will be out 15 November. 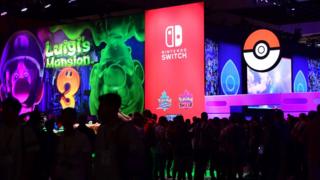 The game takes place in a haunted hotel and the exciting news from Nintendo Direct is that unseen floors will now be released.

On on floor there's a pyramid with mummies and ghosts. Then there's a colourful disco hall and a pirate-themed restaurant.

There is also a new multi-player mode called ScreamPark where two teams of up to eight players will battle it out to defeat the highest number of ghosts.

Luigi's Mansion will be released 31 October, just in time for Halloween. 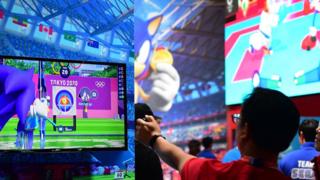 Mario & Sonic at the Olympic Games

Mario & Sonic will take part in more than 20 games with 10 retro-style events - the retro events will play in old-school 2D graphics.

It also has lots of mini games and gives players the ability to unlock new characters.

Mario & Sonic at the Olympic Games Tokyo 2020 will be out 5 November. 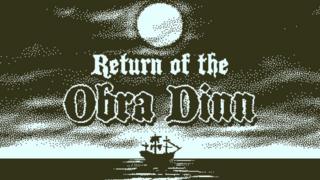 Return of the Obra Dinn is coming to Switch

Return of the Obra Dinn will arrive on Switch some time this autumn.

It'll be the first time his game is released on a console as it was previously released on PC and Mac.

The story is all about a ship and its crew that went missing - four years later the ship reappears - without the crew.

Your character is an insurance investigator who has to find out what happened to the crew with some time travel sprinkled in.

This puzzle game looks like it could be an exciting addition to Switch.