Hong Kong protest: Law that caused demonstrations is being scrapped 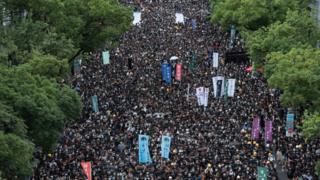 Getty Images
There have been protests in Hong Kong for several months over a plan for a new law.

After months of protests, the leader of Hong Kong has decided to scrap the law that caused them.

Hong Kong is now in its 14th week of demonstrations, and many of them have seen violence between police and activists.

Its has led to world leaders calling for the situation to be sorted out.

Now, Hong Kong's leader Carrie Lam has officially said that she will no longer push for the controversial extradition law, which is what triggered the riots.

Want to know more about what's happening in Hong Kong?

What are the protests about? 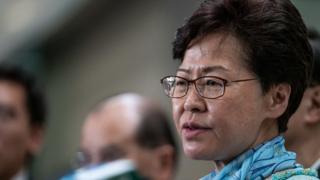 The law, proposed in April, would have allowed criminal suspects to be sent to be judges in Chinese courts.

It angered many people in Hong Kong who were worried that the law might let China target people there who are against how the territory is being run, or who are political opponents of China.

Although Hong Kong is controlled by China, it was run by the UK until 1997.

A special agreement between the UK, China and Hong Kong was made ahead of the handover - called "one country, two systems" - which means that Hong Kong still has a number of differences to the rest of China.

These include its own laws, its own courts and some freedoms unavailable to people who live in mainland China.

Will things now calm down in Hong Kong? 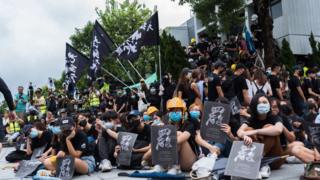 That's hard to say. The new law was one of the biggest causes of the demonstrations, but not the only one.

Some of the leading activists involved in the protests have previously announced other demands including:

We don't know yet if the government will agree to do those things, or whether or not the protests will stop.

The latest news from The Masked Singer