WWE: Wales gets its first ever champions at NXT UK TakeOver event in Cardiff 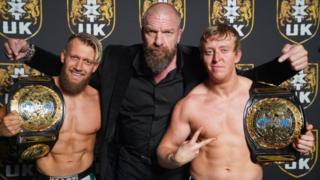 The wrestling duo, who go by the name of the 'South Wales Subculture', fought off strong competition at the NXT UK Takeover event in Cardiff to nab the NXT UK tag team title.

The pair fought in a sold-out triple-threat match, with three teams battling to win the WWE belt. 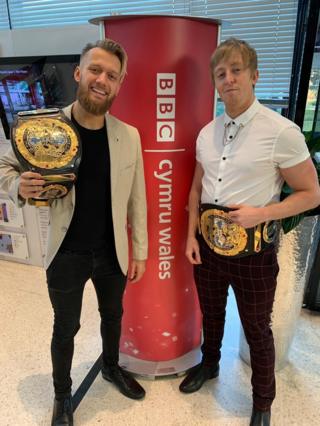 The wrestling duo are Wales' first ever WWE champions

Mark told BBC Radio Wales: "We are the first Welsh champions in WWE history and honestly it hasn't quite hit us yet, I keep waking up and pinching myself to make sure it wasn't a dream.

"It was a surreal night, Saturday was the best night of our careers. To hear that crowd roaring and cheering, there is nothing like it, I am getting goosebumps just thinking about it."

What is Sumo wrestling?

Reckon you know everything about the Brits? Try our big quiz