Brexit: Why the Queen's Speech and proroguing Parliament is causing arguments 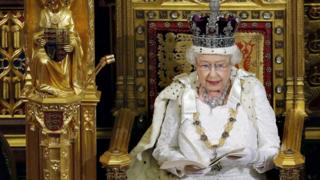 The Queen has approved a request by the government to suspend Parliament days after MPs return to work - and just a few weeks before the Brexit deadline.

Prime Minister Boris Johnson said a Queen's Speech would take place after the suspension, on 14 October, to outline his "very exciting agenda".

The Queen's Speech is the traditional event that opens the Houses of Parliament for a new term.

This is when the Queen sets out what the plans of the government are - it is a bit like the start of a new school year for politicians.

Putting the Queen's Speech so close the Brexit deadline is being seen as a controversial move.

Under a parliamentary rule called prorogation, Parliament is suspended ahead of the Queen's Speech.

That could mean Members of Parliament come back to work after the Summer on 3 September before a suspension around 11 September.

That means there'll no parliamentary business until mid-October.

What's a vote of no confidence?

Why is suspending Parliament controversial for Brexit?

That could mean Members of Parliament come back to work after the Summer on 3 September before a suspension around 11 September.

That means there'll no parliamentary business until mid-October.

Prime Minister Boris Johnson has said the UK will leave the club of countries called the European Union (EU) on 31st October "come what may" - whether he has a deal or not.

That only gives a few weeks for Parliament to discuss and vote on any sort of deal that Boris Johnson can agree with EU leaders.

It also gives MPs little time to challenge the government about the way that Mr Johnson is organising Brexit, call a vote of confidence against the government or to arrange a vote that could rule out a no-deal Brexit,

Many MPs think it's important that Parliament has all these options available. 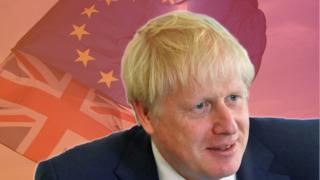 BBC/GETTY
What's the reaction been?

There's been a strong reaction from politicians on social media with people saying that Mr Johnson is acting in an undemocratic way and stopping MPs from having a say.

They also blame the government for dragging the Queen into a political argument.

Others argue that this is normal government business and that, as prime minister, Boris Johnson has the right to set the Parliamentary timetable in the way he wants.