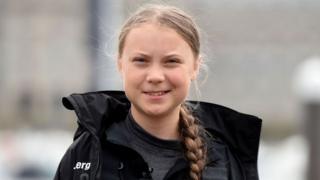 Greta Thunberg has arrived in the US after her two-week journey!

The teenage climate change campaigner made the journey on a boat, which has anchored at Coney Island in the US.

The environmental activist set off from the UK on 14 August.

She has made the journey ahead of two climate change summits taking place in the US in the coming months.

The 16-year-old wanted to make the entire journey by sea, rather than flying, to minimise her carbon footprint and reduce damage to the environment. 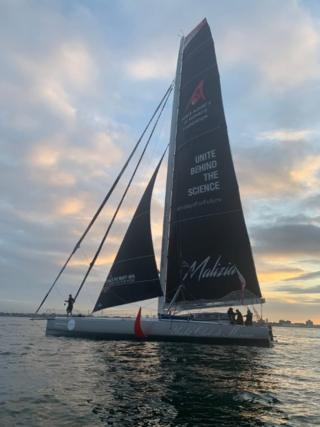 Greta has been giving daily updates on the progress of her journey on social media and has now successfully made it to the US.

On Wednesday 28 August, she shared a new picture on her social media platforms with the caption: "We have anchored off Coney Island - clearing customs and immigration. We will come ashore at North Cove Marina earliest 14:45 tide allowing."

Your messages for Greta Thunberg!

What is flygskam? Greta on 'flight-shaming' 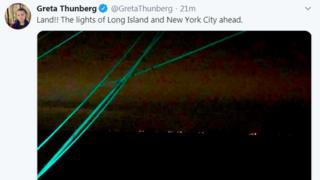 Just after 9am that same day, she tweeted to say: "Land!! The lights of Long Island and New York City ahead."

Since Greta reached the halfway point in her journey, conditions for the campaigner and her crew have become more choppy.

How is travelling by boat better for the environment?

Greta is travelling on a ship called Malizia 2.

She explained: "It's fitted with solar panels and hydro generators making it one of the very few ships in the world allowing trips like this to be emission-free.

"It also has an on-board lab to measure ocean surface CO2 and water temperature in cooperation with Max Planck institute."

You can read more about it here.

Greta Thunberg: Why is she travelling by boat?

On Day 11 of her trip, she wrote: "Very bumpy and wet, south of Newfoundland." On day 12, she shared a video saying as they got closer to the North American mainland, it was getting "very rough with very high waves".

Last night, Greta was hunkering down for her last night on board the ship. 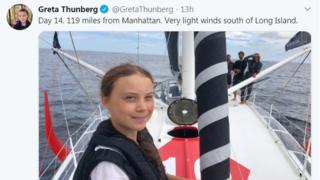 After more than two weeks without a toilet, a kitchen or a shower, we reckon she's looking forward to some home comforts! 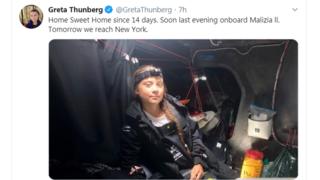 Greta Thunberg: Your messages for the climate activist