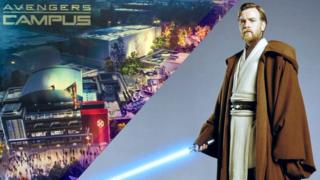 Disney has revealed some major plans to fans at the D23 Expo 2019 - an event to celebrate all things Disney.

The expo has covered everything coming out of the Walt Disney Company including new movies, the Disney+ service, and theme park updates.

It's the sixth time the event, which is held in California, has taken place.

Here are all the major announcements from it.

Check out the official poster for Star Wars: The Rise of Skywalker 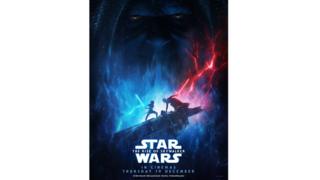 As well as the brand new poster, fans at D23 were given a sneak peek of what was to come in the final film from the Skywalker trilogy with an exclusive clip.

Could she be moving to the dark side?

The release date for the Black Panther sequel has been revealed 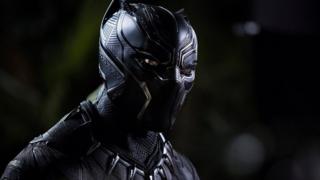 Writer and director Ryan Coogler revealed that the next instalment of Black Panther will be released on 6 May 2022.

However, at the moment, the title of the film is not known.

The first Black Panther movie made over $1.3 billion at the box office. 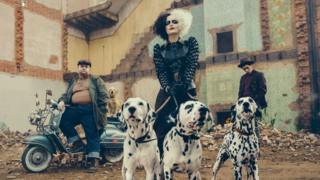 Fans have been given a first look at Emma Stone as Cruella De Vil from the film 'Cruella'.

The live-action prequel feature film follows the journey of a young Cruella de Vil and is supposedly going to be set in the 1980s.

Ewan McGregor is coming back as Obi-Wan Kenobi 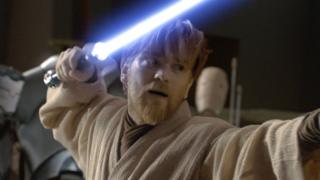 Ewan McGregor is returning to the Star Wars universe and will resume his role as Obi-Wan Kenobi in a new series for Disney+.

McGregor, who played Kenobi in three Star Wars prequels from 1999 to 2005, appeared at the end of day one of Disney's expo to reveal the news to fans.

The scripts are being worked on and filming starts next year, according to Lucasfilm boss Kathleen Kennedy.

Disney also revealed the trailer for a new Star Wars series called 'The Mandalorian' - which takes place after the events of 1983's The Return Of The Jedi.

The Mandalorian follows the journey of a mysterious bounty hunter. It will be released on Disney+ in November. 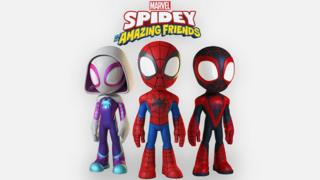 Spider-Man is back like you've never seen him before in a brand new animated show called 'Spidey and His Amazing Friends'.

The new series will be aimed at younger audiences and will be released on Disney's kid friendly service, Disney Junior.

In the series, Spider-Man will team up with the likes of Black Panther, Hulk and Ms Marvel to save the world. 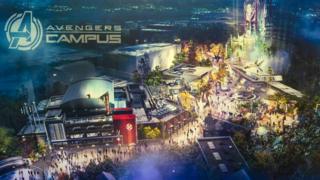 Disney Parks revealed the first image of its forthcoming Avengers Campus attraction which will be a 'Marvel Land' style superhero experience.

"We're building an immersive superhero-themed land at Disney California Adventure to enable our guests to join the Avengers to save the world," Bob Chapek, chairman of Disney Parks, Experiences and Products, said at the event.

Lady and the Tramp Disney remake: What do we know about the film?