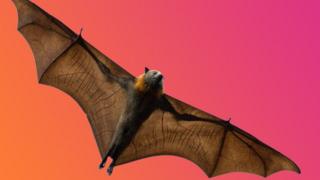 If you love bats, then have we got the night for you!

The Bat Night has taken place every year since 1997 in more than 30 countries, and is used to teach people about European bat species.

Eurobats, which organises the event, explains why bats are so important. They help to control insect populations very effectively and some bats also serve as pollinators and seed dispersers of many plants that are important to humans.

The animal optical illusion that will leave your mind boggled

There's been some good news for giraffes

Why a 'crocodile' caused quite a stir in Devon

1. They are the only mammals that can fly

Bats are mammals, which means they give birth to live young in the same way that humans, cows, lions and lots of other mammal animals do (as opposed to laying eggs, for example).

Everyone knows that bats can fly, but being mammals makes them one of a kind because, usually, mammals can't fly.

What about the flying squirrel, we hear you say? Because that's a mammal! Well, they don't actually fly - they glide - so bats are really quite unique, in this respect. 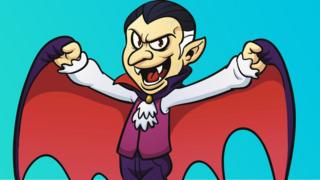 Getty Images
Dracula might not have existed but vampire bats do!

Blood-drinking bats, which inspired Dracula, do actually exist. Eugh! They have small and extremely sharp teeth.

All three species are native to the rainforests of America, ranging from Mexico to Brazil, Chile, and Argentina.

Most bats, including those in the UK, eat insects

3. Not all bats hang upside down Almost all bat species hang upside down. Their claws are so strong they can support their whole weight.

It also is the perfect position to fly as they just need to let go and spread their wings.

However, there are six species of bats that don't do this!

Most of these bats have suctioning pads on their limbs that let them stick to leaves or other surfaces.

Is this the largest penguin in the world?

4. Bats can see in the dark, but not with their eyes

Bats are nocturnal, so being able to function in the dark is essential.

In order to know where they are going so they can hunt for insects, bats use something called echolocation.

They make noises and wait for the sound waves to bounce back off objects as an echo. If it doesn't bounce back, then they know they can safely fly forwards.

They can tell the distance of various objects by how quickly the sound waves bounce back to them. Clever, eh?!

5. There are loads of different kinds of bats 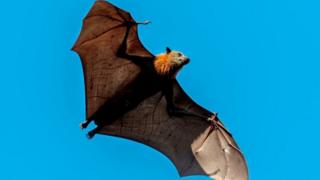 There are around 1,240 different species of bats. This makes up around 20% of all living mammals!

This also ranks bats as one of the most populous mammals in the world (meaning there is the greatest number of them), alongside squirrels, mice and rats.

What do you think about bats? Have you ever seen one? Let us know in the comments below!

The 'crocodile' that caused quite a stir in Devon

Animals found in the strangest places