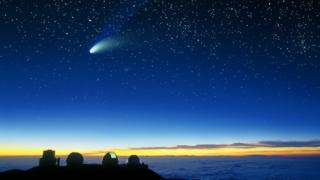 Protests at the base of the dormant volcano Mauna Kea mountain, on the Big Island of Hawaii, have entered their sixth week.

Jason Momoa, Dwayne "The Rock" Johnson and Nicole Scherzinger have joined campaigners protesting against the building of a giant telescope on top of a mountain that some Hawaiians consider sacred.

Johnson, who voices Maui in the animated film Moana, lived in Hawaii as a child. Aquaman star Momoa and singer Scherzinger were born there. 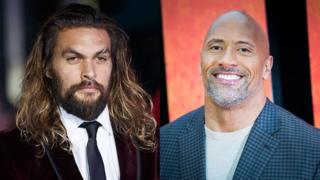 Protesters have been blocking access to Mauna Kea's summit since mid-July to prevent the building of the observatory, called the Thirty Meter Telescope (TNT).

Other famous faces, including Ezra Miller who plays superhero The Flash, and Damian Marley - son of the reggae singer Bob Marley - have joined protesters at the site.

Why are people protesting against the telescope?

Mauna Kea is the tallest mountain in the world when measured from its underwater base.

Scientists say the conditions on its summit are perfect for viewing the skies and a powerful telescope on the summit could be used to view far off galaxies.

Supporters of the Thirty Meter TNT project say the powerful new telescope could also bring in hundreds of jobs. 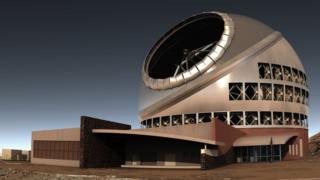 But the $1.4bn (£1.1bn) project is not popular with everyone in Hawaii and protesters say it will disturb sacred land and cause environmental damage.

The mountain is a temple to native Hawaiians, offering a connection between "creation and creator", said Kealoha Pisciotta, President of one of the main groups opposing the TMT.

There are already 13 telescopes on Mauna Kea, but they are a lot smaller and at the height of 18 floors, the telescope would be the tallest building on Hawaii.

Get up close to a volcanic eruption!

How are you finding learning at home?