Michael Morpurgo: Which kids' book is going to be on TV this Christmas? 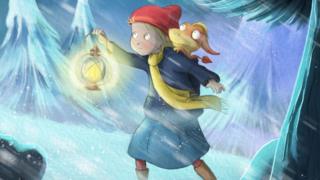 Christmas might seem a long way off, but there's some exciting news for fans of author Michael Morpurgo's books.

His story Mimi and the Mountain Dragon will be shown on TV.

It'll be a festive animation with classical music and will be similar in style to The Snowman by Raymond Briggs.

The story is about Mimi, a little girl who finds a baby dragon asleep in her family woodshed. It then follows her battle to return it to the dragon's scary mother! 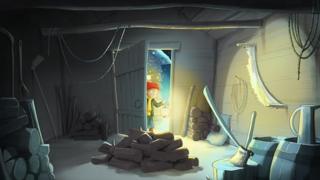 Morpurgo said he was inspired to write the story after he made a trip to a village in Switzerland.

He said: "In Switzerland, I saw village children in red hats, cracking whips, ringing cowbells, banging drums. I asked why this was happening. They are driving away wicked spirits, I was told." And this inspired his book!

The BBC say the programme will be a "festive treat" and even though an exact date hasn't been announced for it yet - expect it to be close to Christmas.

Are you excited? If not, which book would you like to see on TV instead!? Let us know in the comments below.

The Midnight Gang: Go behind the scenes on Walliams' Christmas adaptation

Why are there protests in Belfast?

Is behaviour in schools worse after lockdown? What you told us...

Cleaning one million miles of the UK