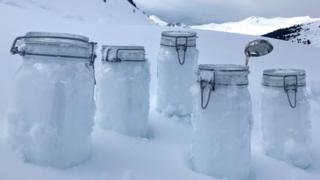 In the Arctic, it's snowing plastic!

Man-made fibres have been found in melted snow there - things like particles from rubber car tyres and the plastic found in paint.

How did the plastic get there?

There are thousands of plastic particles in dirty air that sits over Europe and Asia. Researchers found that those particles arrive in the Arctic through currents in the atmosphere.

The plastic then ends up in the snow through a process called precipitation - that's the release of water from the sky - it can be liquid or solid.

For example - rain, sleet, hail, or in this case, snow.

The research has been done by the Alfred Wegener Institute for Polar and Marine Research in Germany.

Dr Melanie Bergmann is from the Institute. She said: "It's apparent that the majority of the microplastic in the snow comes from the air."

How did they find the plastic in the snow? 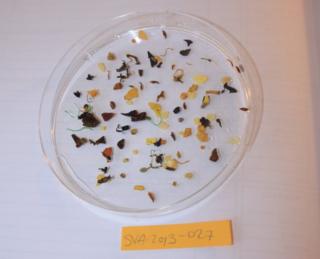 The researchers filled glass containers with fresh snow, then they melted it and poured it through a filter.

Whatever was trapped in the filter was examined with an infrared microscope.

The infrared microscope helped the researchers identify what kind of plastic it was. 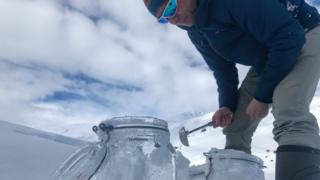 We know the sea is being littered with plastic - but this new research shows that microplastic particles can be moved across the world in the air too.

The researchers are hoping that now they've learnt how plastic can move in the air, they can work out how much of it there might be in the air we breathe.

There are loads of ways that you're helping to reduce plastic, find out about them here.

So much plastic - everywhere.

Plastics: What you're doing to help during recycle week