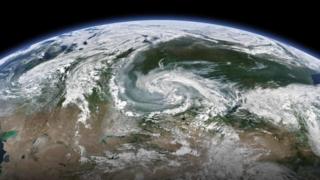 ESA
A satellite photo of the smoke cloud over Russia

Scientists say a cloud of smoke and soot as large as the European Union is looming over Siberia, which is a large region in Russia.

It has been caused by wildfires in the Arctic Circle and is thought to be affecting over five million square kilometres of land.

Large parts of Siberia have been devastated by the fires - huge area of forest has been destroyed - over 4.3 million hectares. 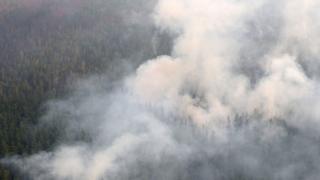 It is causing massive amounts of carbon dioxide to be spewed into the atmosphere, warming the air, drying out the land and therefore making the situation even worse.

This soot can be harmful to humans and animals, entering the lungs and bloodstream. 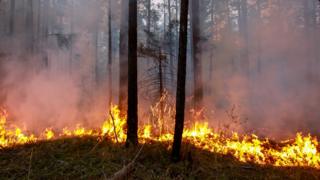 It could also play a role in global warming. Nasa scientists say the soot absorbs sunlight and warms the atmosphere.

If it falls on ice or snow, it reduces reflectivity and can trap more heat, speeding up the melting process. 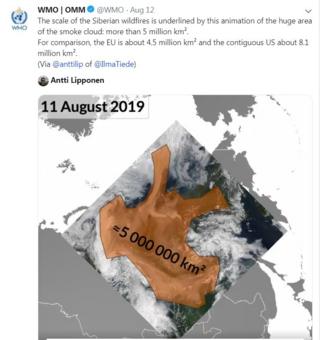 Smog has led to several regions announcing a pollution emergency and smoke has blown across major Russian cities, blotting out the sun and making it difficult for some people to breathe. 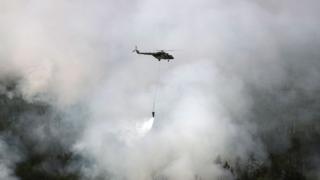 The huge fires in northern Russia, Alaska, Greenland and Canada have now been going for over two months.

In July, the Russian president, Vladimir Putin, brought ordered the army to fight the blazes and four Siberian regions declared a state of emergency.

Around the world, June and July were the hottest months ever measured, with experts saying the temperatures contributing to the spread of the fires.

How to watch the Perseid Meteor Shower