Little Mix's Jade Thirlwall on anorexia: 'How I recovered from an eating disorder' 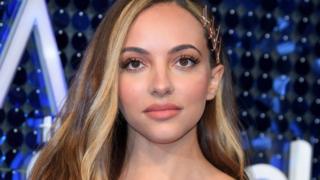 Little Mix's Jade Thirlwall has spoken out about her battle with an eating disorder as a teenager.

Jade suffered from anorexia for five years and became very ill before she was able to get help to recover properly.

Anorexia nervosa, often shortened to anorexia, is when someone avoids eating and loses a lot of weight very quickly.

It is an eating disorder and a serious mental health condition.

People with anorexia often feel fat, even when they are the opposite.

If you are worried about feeling anxious but you are not sure who to speak to, call Childline on 0800 1111 or visit

Speaking on a special episode of BBC Sound's Life Hacks podcast called, I've been there: Jade Thirwall, she talked about how anorexia affected her and how she tried to hide her weight loss:

The singer said: "I obviously became very small... I used to wear a lot of baggy clothes to hide that."

'I needed to tell someone'

Jade said having anorexia made her feel like she was "in control" and that she found it difficult to tell people what she was going through.

"It got to the point when I knew I needed someone else to tell, harbouring a horrible secret like that is obviously really damaging to your mental health and obviously my physical health."

When she eventually told someone that she thought she was anorexic she said: "It was like a weight had been lifted off my shoulders.

Jade told Life Hacks podcast presenter Katie Thistleton the second turning point was when doctors told her she was so ill that she could die if she carried on losing weight.

She said: "I had family and friends who were also really hurting because of what I was doing."

'I would never do that to myself again' 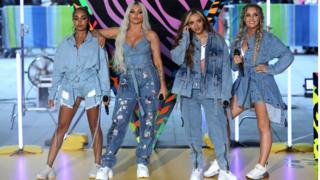 Jade was allowed to go home from hospital when she was 18, just weeks before she auditioned for X Factor.

The judges on the show put her together with Leigh-Anne Pinnock, Jesy Nelson and Perrie Edwards to form girl band Little Mix and they went on to win.

The group have all openly talked about the issues that affect them. Jesy Nelson has spoken out about body image and Perrie Edwards has opened up about anxiety.

Jade told Katie Thistleton she has recovered completely from the eating disorder.

"I don't think I would ever do that to myself again." she said.

Jade also spoke to two teenagers who are recovering from anorexia. She told them: "I just learnt to love myself again."

She posted on social media about the meeting and the podcast: "I really hope by sharing my story I was able to help both them and anyone listening to the podcast to further understand anorexia and see that recovery is absolutely possible."

Where can you go for help?

If you are worried or feel affected by anything you have read in this article, it's really important that you speak to an adult that you trust.

This might be a parent, another relative, a teacher or even a counsellor.

If you're not sure who to talk to, but you know you want to speak to someone, give Childline a ring on 0800 1111 and they can give you advice.