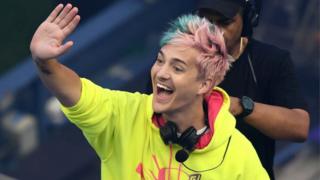 The world's most popular streamer Ninja is moving from Twitch to Mixer.

He made the announcement in a pretend news conference video on his Twitter page, in which he dressed up as reporters asking questions.

He said: "I know this may come as a shock to many of you, but as of today, I will be streaming exclusively on Mixer.

"I feel like this is a really good chance to get back in touch with my roots and really remember why I fell in love with streaming in the first place."

He also addressed concerns about the switch, saying: "It's the same me, just a different platform".

Why it wasn't Ninja's year in the Fortnite World Cup

Microsoft said they were "thrilled" Ninja was joining their platform and that they will "look forward to the energy Ninja and his community will bring".

Ninja already has over 200,000 subscribers on his new Mixer channel. 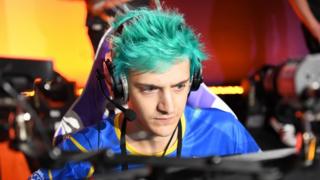 Getty Images
Ninja streams for around 12 hours a day, every day!

Ninja - whose real name is Tyler Blevins - was one of the most subscribed-to streamers on Twitch, with 14.7 million followers.

He first became a streamer in 2011, but started streaming Fortnite regularly in 2017.

Over the year, his follower count grew a huge amount, increasing by 250%. 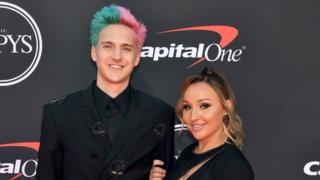 Ninja has been credited with helping to make not only Fortnite so popular, but also Twitch and streaming in general.

His move could be a big blow to Twitch. Losing one of its biggest stars means Ninja could take his huge audience with him, and encourage other popular streamers to move as well.

But in a statement, Twitch wished him well, saying: "We've loved watching Ninja over the years and are proud of all that he's accomplished for himself and his family, and the gaming community."

Previously named Beam and launched in 2016, Mixer is a streaming service, mostly used for gaming.

It's owned by Microsoft and is integrated with XBox One and Windows 10, making it easier for people on those platforms to stream. 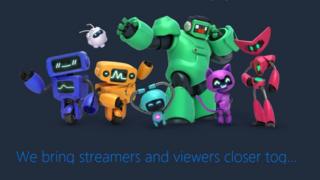 Mixer/Microsoft
Mixer is owned by Microsoft who make XBox

According to a report by Streamlabs, there are about 69,000 streamers on Mixer compared to more than 1.5 million on Twitch, which is slightly cheaper.

In order to start earning money on the platform, streamers must have had an account for two months, then they must have a following of at least 2,000 and stream for at least 12 days every month.

Ninja switches off his Twitch cam for fans fasting for Ramadan