The longest footrace in the world: Self-Transcendence 3,100 miles 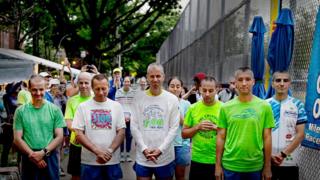 Sri Chinmoy Ultra Photos
These runners will have to run 3,100 miles in 52 days

Imagine running 118 marathons, and still not quite being at the finish line.

Well, that's what runners at the Sri Chinmoy Self-Transcendence 3100 mile race are going to be doing.

The event is a multi-day race that is held every year between June - August.

They will have to cover 3,100 miles within 52 days. This means that they have to run an average of 60 miles a day between 6am to midnight.

Five reasons to be excited for the 2020 Tokyo Olympics

Just to remind you, a marathon is 26.2 miles (about 42.2km), so this race involves running more than two marathons every day. For sixty days. We're quite tired just thinking about it, to be honest.

It started in 1996 and takes place in Queens, an area of New York City. But, even that makes it sound less testing than it really is.

The entire race happens on a handful of streets in Queens, New York. The runners have to run around the same streets 5,649 times to reach the distance. 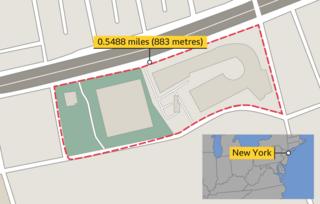 This year's race finishes on 6 August, having started on 16 June. Eight runners from the Sri Chinmoy Marathon Team are in their last stretch of the race. The team is made up of advanced runners from a range of countries such as Bulgaria, Finland, Ireland, Latvia, New Zealand, Russia and Slovakia.

Who is Sri Chinmoy?

The race was founded by Sri Chinmoy, who was an Indian spiritual teacher and athlete.

The word transcendence means feeling something more strongly or deeply than you have before, or might normally.

So this race is called 'Self-Transcendence' because Sri Chinmoy thought the race provided a physical, mental and spiritual challenge for runners unlike anything else they would have run. 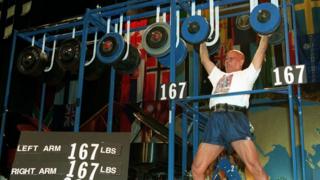 He set up his marathon team in 1977 with an aim to inspire runners to set goals for themselves that seem impossible to achieve.

Since then the team has been known for its' ultra-distance running and multiple world records have been set during his races.

Let us know what you think of these incredible runners in the comments.

Blaze: The kid who has run very fast

Have you been affected by your school bubble popping?