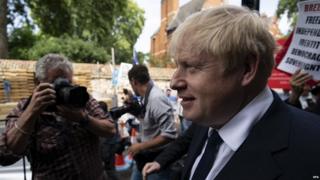 Boris Johnson has officially taken over as the UK's new prime minister.

It's after he beat Jeremy Hunt in the race to become leader of the Conservative Party and can now also begin the process of forming his government.

Around 160,000 Conservative Party members could vote for who they wanted to win in the race to replace Theresa May.

Not everyone who could vote did. Some of the votes were not counted because they were spoilt. Of those that were counted, Boris Johnson won 92,153 votes, while Jeremy Hunt collected 46,656, meaning Mr Johnson will take over as the new prime minister today.

In his victory speech, he promised he would "deliver Brexit, unite the country and defeat Jeremy Corbyn" (the leader of the Labour Party, who are the Conservatives' rivals).

Theresa May announced she was standing down as Conservative Party leader on 7 June after failing to get Parliament to agree on a way that Brexit should be carried out. She said she would stay in the job until a new prime minister had been chosen, which has now happened.

Watch the moment that Theresa May resigned

These people all wanted to be the next next prime minister

Theresa May moved out of Number 10 Downing Street on Wednesday.

She took part in her last Prime Minister's Questions at midday. Then, after lunch, she made a short farewell speech outside No 10 before travelling to see the Queen to resign.

In her speech she said serving as prime minister had been "the greatest honour" and thanked all those who had worked with her.

"This is a country of aspiration and opportunity, and I hope that every young girl who has seen a woman prime minister now knows there are no limits to what she can achieve." 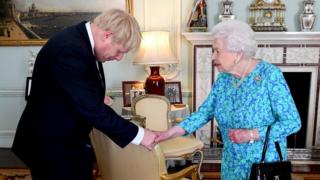 Boris Johnson has had a meeting with the Queen too where he was invited to form the next government.

Afterwards, he gave his first speech to the nation as PM outside No 10 Downing Street.

Mr Johnson has been picking who he wants to have some of the important jobs in his cabinet.

Sajid Javid is now in charge of the country's money as the new chancellor of the Exchequer, while Priti Patel has been appointed as home secretary.

Mr Johnson's rival in the Conservative Party's leadership contest, Jeremy Hunt, is no longer foreign secretary and has been replaced by Dominic Raab. 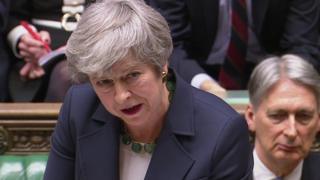 One of the first big issues that Mr Johnson will need to concentrate on is sorting out Brexit, which Theresa May was unable to do during her time in the job.

The UK was due to leave the European Union (EU) on 29 March 2019, but this hasn't happened yet, as politicians haven't been able to agree on the best way to do it.

Mr Johnson thinks he can sort out a deal, but says if he can't, he will leave the EU without a deal if necessary.

He has said in interviews that Brexit will happen on 31 October "come what may".

But Labour, the Lib Dems and the SNP have all said they will oppose his Brexit plans.

What have other leaders said about Boris Johnson becoming prime minister?

US President Donald Trump sent his congratulations to Mr Johnson, saying on social media: "He will be great!"

Jeremy Corbyn, leader of the Labour party, reacted to the news of Mr Johnson's victory by saying that he "hasn't won the support of our country".

Newly-elected Lib Dem leader Jo Swinson said Mr Johnson had "shown time and time again that he isn't fit to be the prime minister of our country".

The European Commission's new President, Ursula von der Leyen, said: "There are many different and difficult topics to tackle together. There are challenging times ahead of us. I think it is very important to build up a strong and a good working relation."

Who is Boris Johnson?

Boris Johnson was the favourite to become the next Conservative leader and the new prime minister from the moment Theresa May announced she was stepping down.

He was the Mayor of London for eight years from 2008 until 2016 - including during the 2012 London Olympics - and was also known for introducing the Boris Bikes cycling hire scheme.

Before becoming London mayor, he was the MP for Henley from 2001. He's now the MP for Uxbridge and South Ruislip.

He was also foreign secretary between 2016 and 2018, which meant representing the UK government's relations abroad, but his time in this job was sometimes controversial. 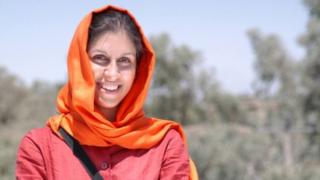 He had to apologise in Parliament over the case of British-Iranian mother Nazanin Zaghari-Ratcliffe, who is being held in prison in Iran for allegedly spying.

Mrs Zaghari-Ratcliffe says she was on holiday when she was arrested in 2016, but Boris said she had been teaching journalists there when she had been detained. Her family claim this made her situation worse.

In 2018, he was also criticised for writing that Muslim women wearing a burka "looked like letterboxes".