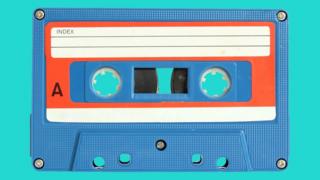 Most people nowadays stream music or download it, but an unusual number of people are buying a type of recorded music which was at its most popular 30 years ago.

So far in 2019, 35,000 cassette tapes have been sold in the UK, that's according to the a group representing Britain's recorded music, British Phonographic Industry (BPI). That's almost double the 18,000 sold by the same point in July 2018.

Billie Eilish, Ariana Grande and Justin Bieber have all released their music on cassette.

BBC Proms quiz: Match the celebrities to their musical instrument

Read on to find out more about the cassette, and some of the reasons why more people might be buying them.

The history of the cassette 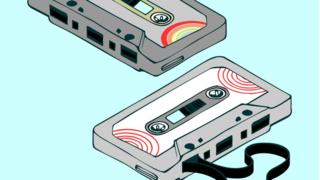 The cassette tape was invented in 1962, originally just to record voices, but the technology improved and in 1966 the first albums were released.

It worked using magnetic tape, and the music played through from left to right. Once one side was done, you flipped it over for more songs on the other.

The introduction of the Walkman portable cassette player in 1979 by Sony meant people could listen to music on the move for the first time.

By the end of 1989, 83 million tapes were bought by British music fans, but the invention of the CD in the 1990s changed that.

CDs had better storage and greater audio quality so most music fans were happy to say goodbye to cassette tapes.

Why are sales going up?

One of the most simples reasons for this rise is that more artists are releasing their music on cassette. But why? Well, there's no definitive reason but it's thought this vintage way of listening - or at least collecting - is becoming much more fashionable.

According to The Official Charts Company, the biggest cassette release in the UK for January to July 2019 is Billie Eilish's debut album When We Fall Asleep, Where Do We Go? with 4,000 sales of the 'Exclusive Black Cassette.' 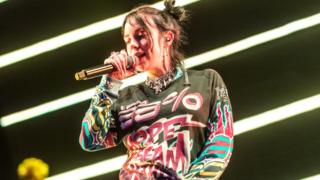 Second is Catfish and The Bottlemen's The Balance, on 3,000 cassette sales, with Madonna's Madame X at no.3, Lewis Capaldi's Divinely Uninspired To A Hellish Extent at four and Hozier's Wasteland Baby rounding out the top five.

Ariana Grande and Justin Bieber have both released albums on cassette.

The fans who found the cassettes first won invites to the launch party of his The Lost Tapes 2 compilation, available on a limited edition white cassette.

Meanwhile films like Guardians of the Galaxy are encouraging the nostalgia with Star Lord's mix tapes released alongside the films.

Cassette tapes are unlikely to replace streaming as a way of listening to music, but their popularity is still a surprising twist in the history of how we listen to music.

How listening to music has changed