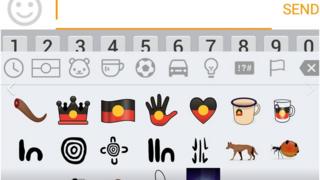 Ingeous Studios
New emojis, which celebrate Aboriginal culture are set to be released in the next couple of weeks

Some new emojis including a boomerang are set to be released, which celebrate Australia's Aboriginal culture.

More than a dozen new emojis are set to be released, celebrating Aboriginal culture and heritage.

The emojis will feature the Aboriginal flag and a boomerang and are coming to Android and IOS devices via a new app.

Emojis can only be added to the official existing set if they are approved by Unicode, which is a group of people who decide on which new emoji characters should be introduced.

According to Unicode, the Aboriginal flag has already been rejected so the designers of the emojis have decided to create their own app, which features the emojis. 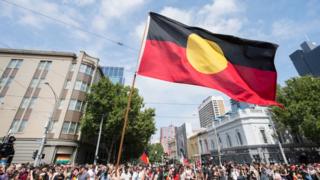 They were made by a group of young people in Arrernte country, an area in Central Australia with a high Aboriginal population.

Ingeous Studios who are the makers are also developing a keyboard for the Arrernte language, an Aboriginal language which is not spoken by many people. The makers are hoping the keyboard will help keep the language alive.

Emojis that are rarely used