Plastic pollution: Check out these alternatives to plastic packaging

Plastic is really useful - and it's used for lots of different things.

In the UK alone it's estimated that we use five million tonnes every year and nearly half of that is for packaging.

We know it's bad for the environment because it can take hundreds of years to break down.

Lots of people and companies are now trying to cut down the amount that's thrown away.

So what can be used instead? We've been taking a look at some of the alternatives. 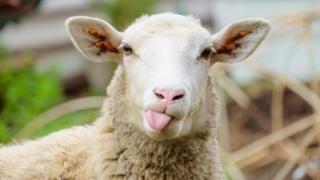 Now you might not believe it, but wool is already being used as an alternative to some plastic.

It's not knitted bags (although that is a fun idea!).

A company's found a way to use 100% pure sheep's wool to create packaging for food and medicines.

The wool is used to keep the product at the right temperature while it's shipped about so it's safe to use and eat.

It's combined with cardboard and some packages use a type of "recyclable" plastic on the outside.

Woolcool, which is behind the idea, claims that in the last year alone it's prevented the equivalent of 75 Olympic sized swimming pools full of polystyrene from going to landfill.

Should balloon releases be banned? 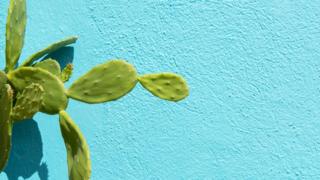 Natural materials such as vegetable fats and oils, potato and corn starch, as well as cellulose (the main part of plant cell walls), are being used to make plastic known as 'bioplastic'.

It's already being used for items, including some takeaway coffee cups.

But environmental charity, Greenpeace, isn't too sure about bioplastics: "So-called bioplastics might seem like a great idea, but they can actually be just as bad as normal plastic. If bioplastics end up in the ocean they can entangle and endanger sea life, just like regular plastic. And making them also uses up valuable land and resources, and can require chemical-intensive industrial agriculture.

One researcher in Mexico has even found a way to make a biodegradable plastic using cactus leaves. Yep really.

Sandra Pascoe Ortiz thinks it could be used for single-use plastic items such as bags and cutlery.

She told the BBC that "It's a non-toxic product. All the materials we use can be ingested both by humans or animals and they wouldn't cause any harm." 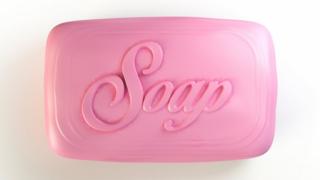 One of the big uses for plastic is containers for toiletries such as shampoo.

So what better way to store soap than by using...soap?

A student in London has come up with a design for bottles made out of it, so that once the liquid inside runs out, it can be used as a bar of soap and doesn't go to waste.

Mi Zhou says: "This packaging is not only disposable but also has a very short lifespan, usually just 1-2 months...through this project, I created a brand which proposes that we use soap as a packaging material for shampoo and other toiletry products. In doing so, I hope to fundamentally re-evaluate what packaging could be as well as help us to reduce our plastic footprint." 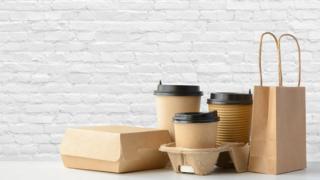 Now this isn't a new idea, but some companies and shops are now choosing to use paper instead of plastic.

Paper and card is also being used for fast food and takeaway containers too.

And some companies are looking at new ways of packaging their snacks, including paper wrappers which don't have plastic films and laminates.

Plastic waste: Why Malaysia sending tonnes of plastic back to the UK

Plastic: Are too many plastic toys given away in kids meals?

Plastic pollution: 'Pick up one piece of litter and rivers will be plastic-free' says environmental charity