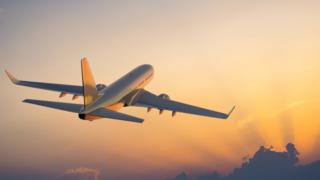 Flygskam or 'flight-shaming' is an environmental movement across Europe which is encouraging people to stop taking flights as a means of transport.

Flygskam is a Swedish word and literally translates as 'flight shame'.

It is a climate change movement, which encourages people to stop travelling by plane.

Find out more about where it came from below.

How did flygskam start? 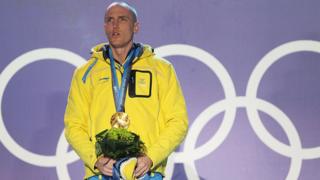 It's the name of an anti-flying movement that started in Sweden when Swedish singer Staffan Lindberg wrote an article, which was signed by five famous friends.

The movement suggests that people should feel embarrassed or ashamed to take planes because of the negative impact they have on the environment. 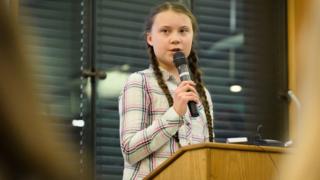 Getty Images
Climate change activist Greta Thunberg has been a big figure in the 'flight-shaming' movement.

Climate change activist Greta Thunberg has backed the campaign and made it a part of her 'awareness tour' around Europe.

The activist, who has not flown on a plane since 2015, travelled to London from Stockholm in Sweden by train to urge others to turn their backs on flying.

Is it taking off? 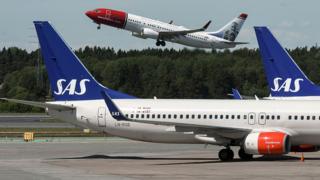 It's hard to say exactly how many people are involved in the movement, but Sweden has seen a rise in rail travel over the last couple of years and a decrease in flights.

The number of passengers flying at Sweden's ten busiest airports fell by 8% from January to April this year, according to Swedavia who run Sweden's airports.

The chief executive of SAS, one of Scandinavia's biggest airlines, blames the movement for a fall in passenger numbers in Sweden.

He told a Norweigan newspaper that he was "convinced" the movement was behind a decline in Swedish air traffic.

Some people have been critical of the movement because they say that it places blame or feelings of embarrassment onto the passengers, when it is really the airlines and industries associated with it who should feel guilty for impact that they are having on the planet.

What do you think? Do you think the flygskam movement is a good idea? Let us know in the comments below!