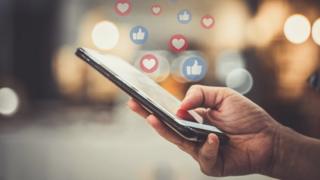 Facebook could be facing a record-breaking $5 billion (almost £4 billion) fine.

It's after the social media site has been investigated over how it shared some of its users' personal information.

Reports in the US say that the organisation which has been looking into it, the US Federal Trade Commission (FTC), has voted in favour of the penalty.

It'd be the largest ever fine given to a technology company in the US, but some people don't think it's tough enough.

It's over allegations that Facebook shared the information of 87 million users with the British political consulting firm, Cambridge Analytica.

As well as the fine, the settlement could include new rules on how Facebook uses personal or private information in future.

It's been reported that it still needs to be finalised by the Justice Department's civil division, but it's unclear how long this may take.

In the UK, the Information Commissioner's Office fined Facebook £500,000 last year for a "serious breach of data protection law".

A simple guide to what's going on at Cambridge Analytica