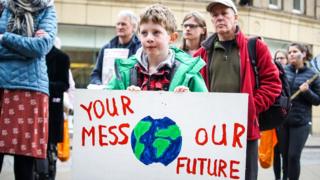 A Newsround survey reveals more than half of children think adults aren't doing enough to protect the environment.

Nowadays, lots of us are trying our best to help look after the planet, from using fewer plastic bottles to ditching the car in favour of a bicycle.

It's an issue that lots of young people are passionate about and something that gets plenty of you talking.

Newsround's survey, carried out by ComRes, asked 2,000 children aged 8 to 16-years-old if they think adults do enough to protect the environment? The answer was quite surprising.

Fifty-three per cent say grown-ups aren't doing enough. That's more than half of the children who took part in our survey.

Older teens feel even more strongly about the issue, with 61% of 14 to 16-year-olds telling us they think adults should do more.

More on the environment 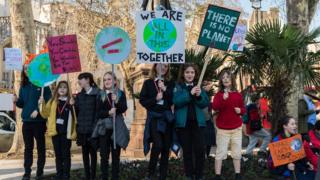 Since the start of the year hundreds of thousands of school children have taken part in climate change protests. The action was part of a much wider global movement, known as Schools 4 Climate Action.

It all began with Greta Thunberg. The 16-year-old campaigner from Sweden skipped school to sit outside government buildings in September, accusing her country of not doing enough to combat climate change.

I met up with 11-year-old Dylan who says Greta has inspired him. 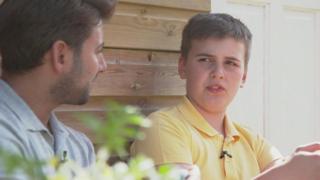 Dylan has been inspired by nature presenter, Sir David Attenborough

Dylan helps his parents to recycle. Every day he goes through the bins to make sure his mum puts the right rubbish in the right bin.

"I do a daily check-up just to make sure everything is in the right bin," he told me.

His mum often forgets to remove the plastic window inside the paper envelopes.

Where can you bin it?

"The plastic bit can't be recycled, so I have to remind her to tear them out before throwing the envelope in the paper bin," Dylan said.

The 11-year-old from Greater Manchester also goes around the house with his special label maker. He sticks custom made labels on light switches and plugs to remind his brother and sister to switch them off. 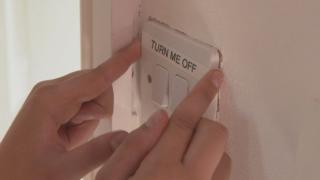 He said: "If one day I see someone has not turned off the lights, I'll put a label on it just so the next person that uses it turns it off."

Like many young people, Dylan's really worried about pollution and the impact it's having on the environment. "I'm going to grow up in this world," he told me.

"All this bad stuff is happening and I want to do something about it."

"Adults have lived through most of it, so they don't care as much as us children," he added.