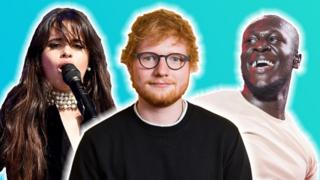 Ed Sheeran has released his hotly anticipated collaborations album and fans are absolutely loving it.

It's called 'No.6 Collaborations Project' and it's Sheeran's fourth album release.

Each track on the album features a heavyweight from the world of music with names like Stormzy, Bruno Mars and Justin Bieber featuring.

What are Justin and Ed up to?

First single from new Beyoncé Lion King album is out

Ed's got his rap game on point 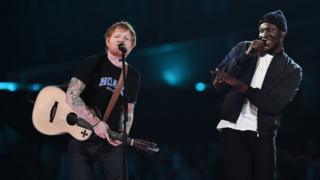 Ed's always fancied himself as a bit of a rapper and he really goes for it in No.6.

On the track "Take Me Back to London" with Stormzy, he raps about his love for London and how his most recent tour made over half a billion pounds.

He also raps on the album with hip-hop icons Eminem and 50 Cent.

Ed told BBC Radio 1 that he'd always dreamed of teaming up with Eminem since hearing his music as a kid.

The British urban scene is strong 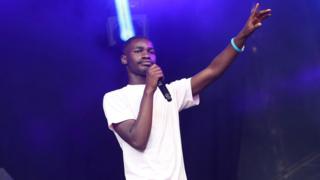 Some of the biggest names in British rap feature on the album.

Fresh from his headline set at Glastonbury, Stormzy joins Ed in a nostalgic track about their shared love for London.

There are also appearances from J Hus and Dave - who recently became the first British rapper to secure a UK number one with his song, Funky Friday.

Despite being a British artist, Ella Mai has a much bigger profile in the US.

In 2018, her track 'Boo'd up' reached the top of the US charts with Rolling Stone magazine calling it "one of the biggest singles by a breakout female R&B singer in the past 10 years."

It includes some of the biggest names from America and Canada 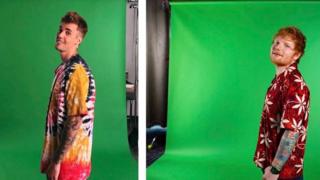 It wouldn't be an album in 2019 without appearances from the women of the moment, Cardi B and Camilla Cabello, in the track "South of the Border".

There's also a funky collaboration with Justin Bieber in "I don't care" which has already gone to number one in the UK singles chart.

Smooth operator Bruno Mars features in "Blow" and one of the biggest names in dubstep, Skrillex, also features in the track "Way to Break My Heart".

It's got one of Argentina's most popular rappers on it 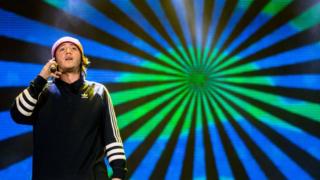 You might not have heard of Paulo Londra before but you soon will now Ed's got him involved on a track called "Nothing on You" .

The Argentinean hip-hop star is one of the biggest rappers in South America with his 'Latin Trap' beats.

He covers loads of music genres 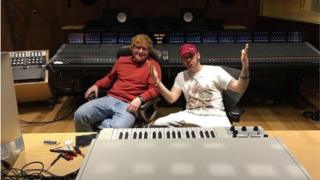 What do you think about the album? Let us know in the comments below.