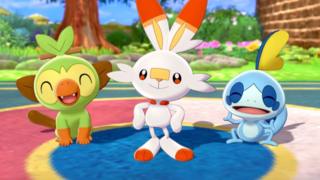 The next Pokemon adventures are on their way! Two games - Sword and Shield - are out later this year, with brand new characters, gym leaders and ways to battle.

The games will be released on the Switch console on 15 November 2019.

Set in the Galar region, which is inspired by the UK, the eighth-generation games have some pretty interesting new features.

But what are the differences between the two games and just what is dynamaxing? Read on to find out more.

What is the Nintendo Switch Lite?

Do you play video games with your parents?

New pokemon in Sword and Shield 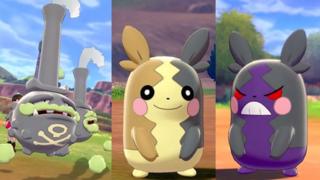 A new region means a whole new generation of pokemon!

In the latest trailer, developers revealed a host of regional variants.

In the same way that Sun and Moon had Alolan forms, Galar region pokemon are a bit different too.

Wheezing looks a bit like a Victorian factory gentleman, while Linoone has had a punk rock makeover.

There is also a new form-changing pokemon called Morpeko, which changes its appearance and type depending on whether it has a "full belly" or if it is "hangry"! 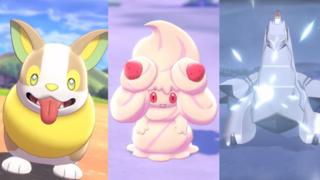 There will also be Yamper (an electric corgi dog-inspired pokemon), Alcremie (a fairy cake pokemon) and Duraludon (a steel dragon type).

Starter pokemon Grookey (grass type), Sobble (water type) and Scorbunny (fire type) were the first to be announced in a teaser trailer earlier this year.

They are also joined in the line-up by Gossifleur (the flower), Wooloo (the sheep) and Dreadnaw (the snapping turtle). 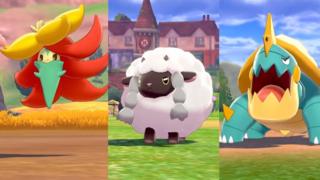 The official Sword and Shield legendary pokemon were also revealed earlier this year.

Named Zacian and Zamazenta, they are the official mascots for the games.

It is not yet known how they will help the trainer on their adventure. 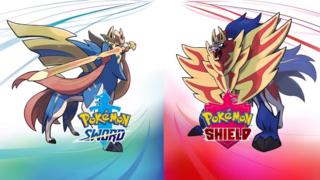 Pokemon/Nintendo/Game Freak
Zacian and Zamazenta were revealed earlier this year, but how will they help the trainer?
Who are the villains in Sword and Shield?

Pokemon just wouldn't be pokemon without some colourful villains along the way! 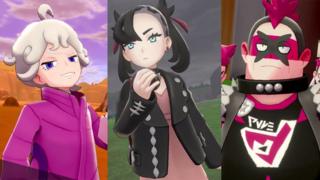 Keeping with the British influence, the style of Team Yell seems to be inspired by the punk music scene of the 1980s.

Who are the gym leaders in Sword and Shield?

Gym leaders are a staple part of the Pokemon series, offering up a tough trial which the trainer has to complete in order to become the ultimate champion.

Each leader is an expert in a specific area such as fire, grass and electric. 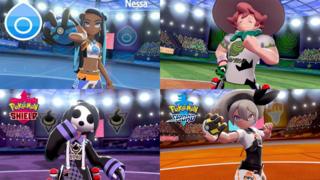 Usually there are eight leaders in total, so players will have to wait to find out who else will join the game.

Sword and Shield new feature: What is dynamaxing? 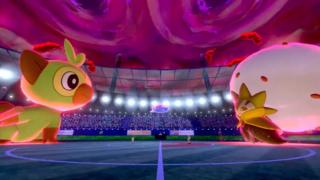 One of the exciting new battle features in Sword and Shield is 'dynamaxing'.

Dynamaxing supersizes and powers up pokemon for three turns. It can only be used once per battle.

It's similar to previous games where trainers can mega-evolve and use z-moves for super-powered attacks. 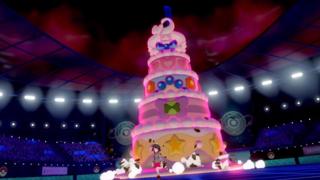 Gigantamaxing is similar to dynamaxing, but only specific species of pokemon can do it.

It changes not only the pokemon's size, but also its appearance, and means they can use a special G-Max move. 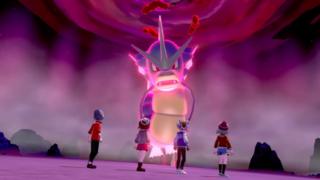 Finally, trainers can team up with other players online in Max raids.

They'll work in a similar way to Pokemon Go raids, allowing trainers to team up with up to three other players to help take down tough foes.

What's the difference between Sword and Shield?

In a first for the series, Pokemon Sword and Shield will have version-exclusive gym leaders.

This means some gyms from the same city will be different across the games.

But in the latest trailer, it was revealed that in Shield, the gym leader will be Allister (ghost expert), but in Sword, the same gym is run by Bea (fighting expert). 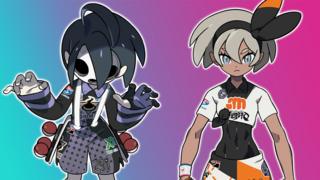 Pokemon/Nintendo/Game Freak
Ghost expert Allister is availble in Shield, and fight expert Bea is in Sword

It is unclear if there will be more gyms like this elsewhere in the games.

As with previous Pokemon games, there are exclusive characters with each version, and makers have hinted this will be the same with Sword and Shield.

So far, only previous generation exclusives have been confirmed, such as Tyranitor (who'll be in Shield) and Hydreigon (who'll feature in Sword). 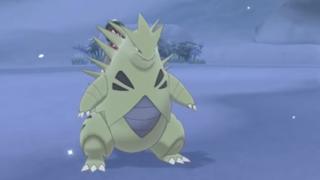 The games also have something called a 'National Dex', which means that you won't be able to transfer all of the pokemon from previous games into Sword and Shield.

Some people are a bit unhappy about this, but makers said that this wasn't an easy decision to make, and that just because a pokemon isn't in this game, it doesn't mean that it won't appear again in future.

The producer for Sword and Shield Junichi Masuda said: "We are pouring our hearts into these games, and we hope you will look forward to joining us on this new journey."