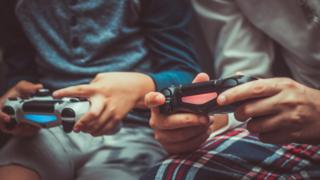 Lots of us love playing games with our friends, but what about online gaming with your parents?

That's what internet safety charity Internet Matters is suggesting, to help parents better understand the risks and benefits gaming poses to their children.

But only 58 percent of parents have tried it for themselves.

Carolyn Bunting, chief executive of Internet Matters said: "We know that parents who regularly get involved with their children's activities online are better placed to lead them through some of the issues they may face."

"We're encouraging parents to do something that may well go against their nature and have a go - get involved. With an overwhelming majority of children playing online games now, it has become part and parcel of growing up in the digital age." 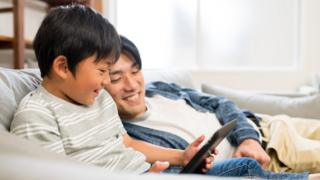 The report is based on a survey of 2,000 UK parents with children aged between four and 16.

But it seems dads are more keen on the idea of playing games alongside their children than mums.

Forty-nine percent of male parents agreed that gaming was a valid form of quality time with their child, while only 39 percent of female parents felt the same way.

Fifty-five percent of parents worry strangers will contact their child through online gaming platforms, with a third (38%) saying they're unsure who their child is playing with online.

Half of parents also worry their child will become addicted to games. 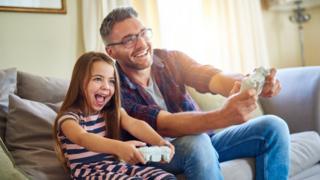 But despite parents' concerns, the majority say they see the benefits of their children playing online games.

A third (33 %) agree it helps with their academic progress and 48 percent are "happy for my child to have a career in gaming". 64 percent says it lets their child let off steam.

Internet Matters have also launched a new gaming advice hub encouraging mums and dads to take up online gaming, with a guide on how to select games the whole family can play together - and take a pledge to start playing themselves.

Let us know what you think about the idea by leaving your comments below.

Gaming disorder: What is it and why is it a problem?