Barbie and ESA launch plan to get more girls in space 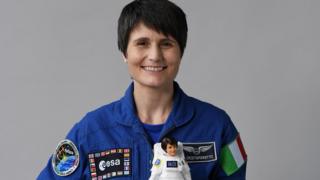 Barbie has teamed up with the European Space Agency (ESA) to encourage girls to become the next generation of astronauts.

Currently, only 15 percent of active astronauts in the world are female and, 50 years on from the first person landing on the moon, no woman has ever landed on the moon.

The ESA only has one active astronaut. She's called Samantha Cristoforetti.

In order to highlight the lack of female astronauts, the company behind Barbie - Mattel - has made a special one-of-a-kind doll of Cristoforetti.

The astronaut hopes her collaboration with Barbie "will help young girls and boys to dream about their future without limits."

Who is Samantha Cristoforetti? 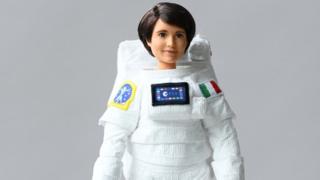 42-year-old Cristoforetti is an aviator, engineer, astronaut and is the first Italian female crew member of the European Space Agency.

She is known for being first person to brew an espresso coffee in space.

Careers in science for girls 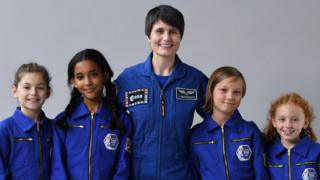 As part of the new partnership, Barbie looked at how parents have been influencing their children's career decisions.

They spoke to parents of 3-10 year olds in Britain to find out how much they knew about Science, Technology, Engineering, and Math (STEM) careers for women.

In a survey of 2000 parents, 80 percent said they lacked basic knowledge of STEM careers.

Four in 10 said they would hold their daughter back from entering or learning about a career in science, because of their own lack of knowledge.

When asked about their knowledge of astronauts, almost all parents knew about men within the space industry, including Neil Armstrong and Buzz Aldrin.

Over half of the parents questioned had no idea of any of the names of the top female space astronauts.

Women and girls in science: How do scientists monitor the brain?